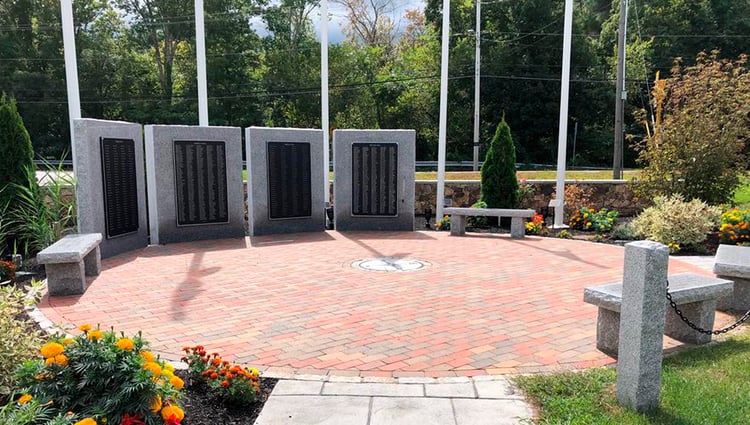 All across the country, small towns are honoring their veterans with memorials crafted from a natural stone as American as apple pie.

Within the last five years, residents in two small towns in Massachusetts have spearheaded the funding and construction of memorials that honor veterans and both feature WOODBURY GRAY™ granite, quarried in nearby Vermont.

Another common denominator for these two civic memorials is that both were designed and overseen by Paul Dyer who manages the Swenson Granite store in Hanover, MA.

“Of course, we always want to get every project right,” said Dyer. “But being a part of one that pays tribute to those who served our country is really special.” 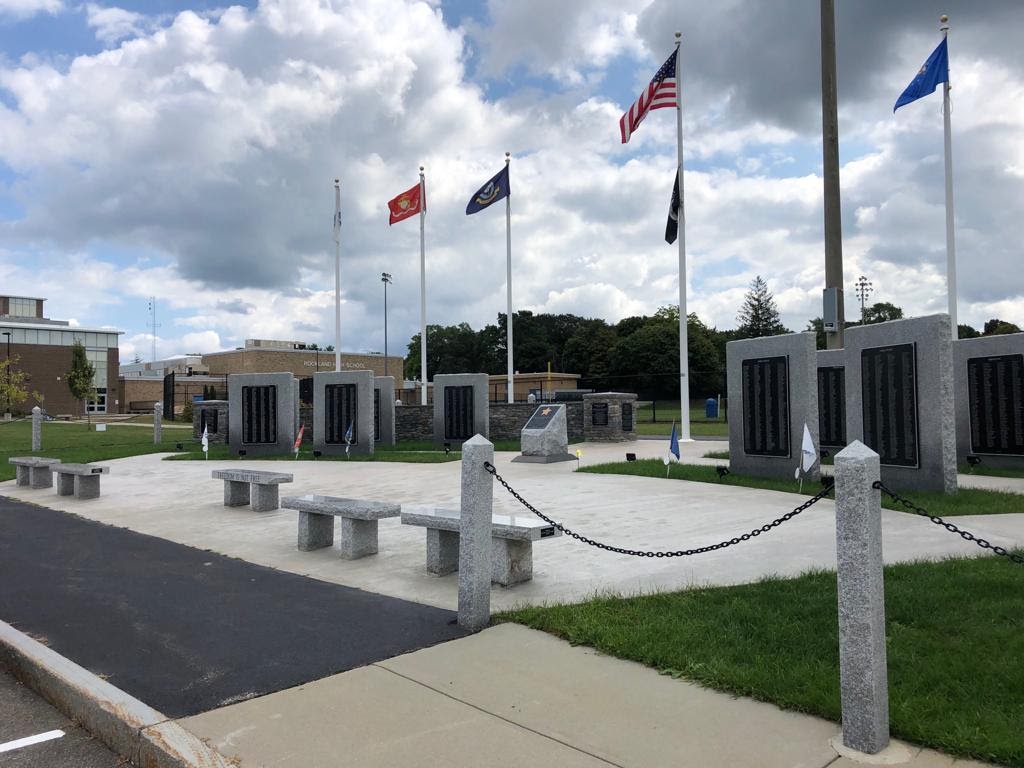 Residents of Rockland, MA dedicated a memorial to veterans in 2015 that pays tribute to servicemen and women who were residents at the time they entered active duty and were honorably discharged. The memorial lists the names of all Rockland veterans from the Spanish-American War through the present.

According to Dyer, the school’s superintendent at the time was a veteran who belonged to the local American Legion and encouraged the project, which was funded through private donations.

Initially, the town had several bronze plaques honoring Rockland veterans mounted on walls inside the stadium but were only accessible to the public when the stadium was open. The new memorial is accessible at all times and lit at night.

Dyer worked with the committee to come up with a design for the project, which was fabricated at the production facility in Barre, VT. 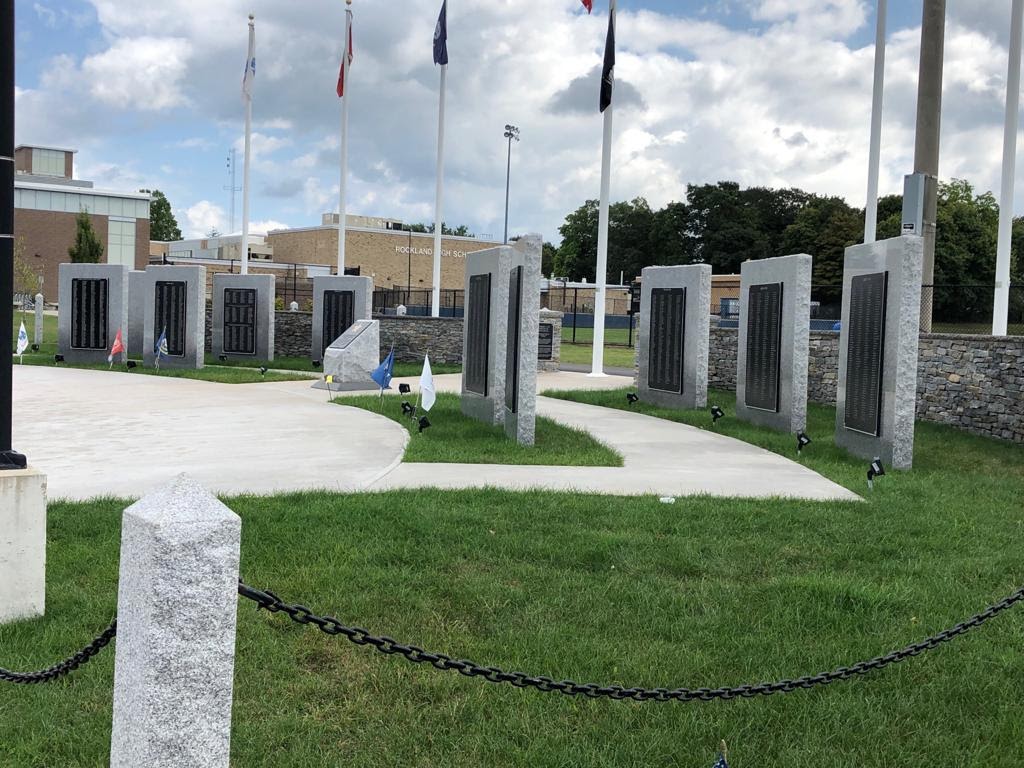 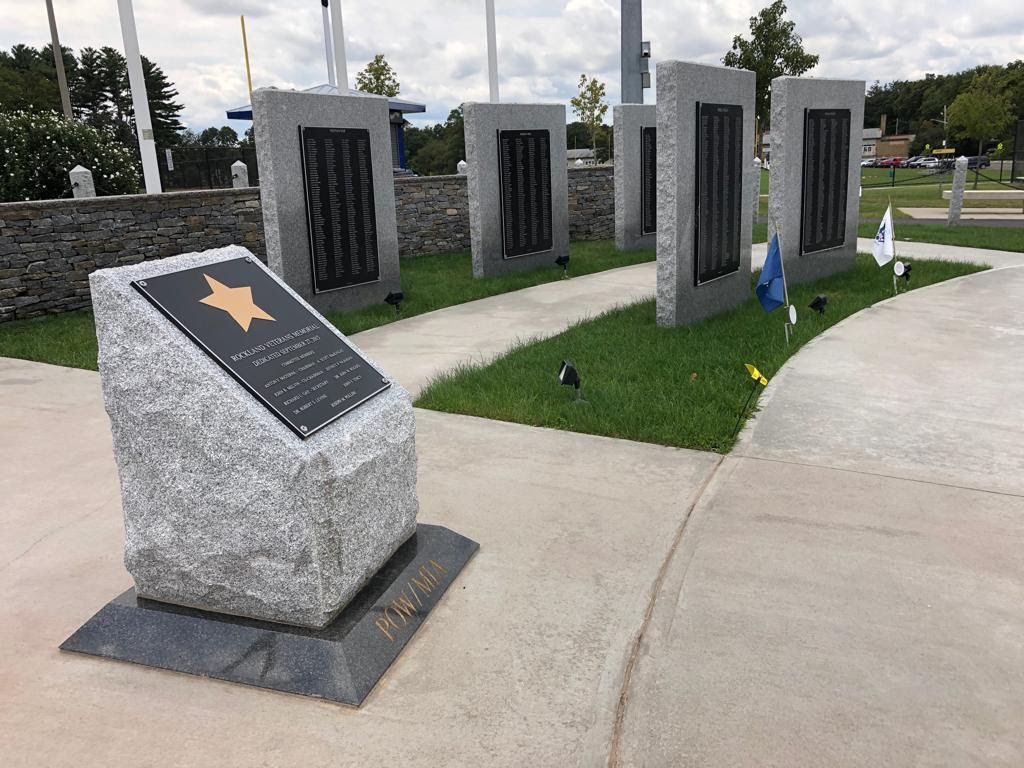 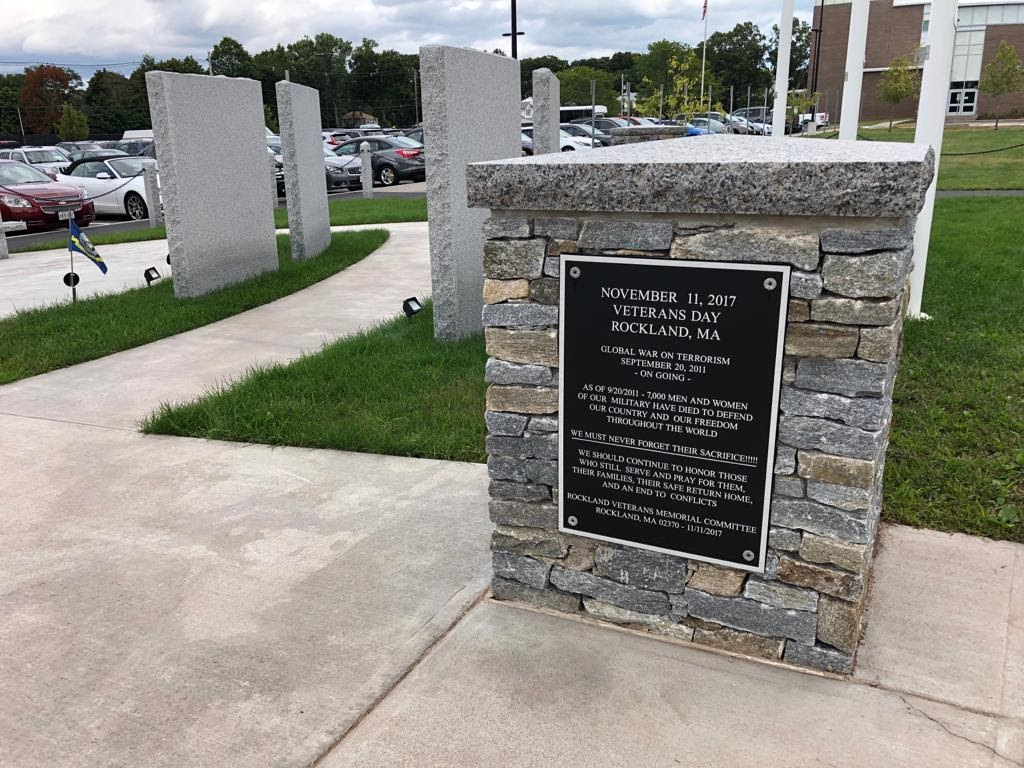 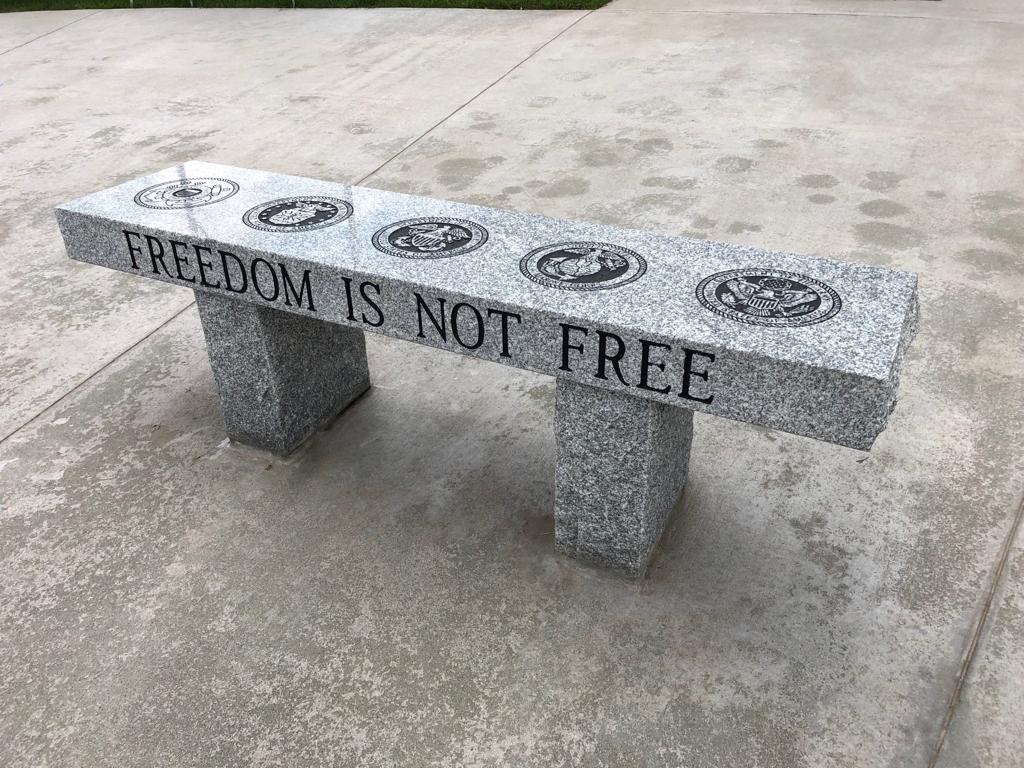 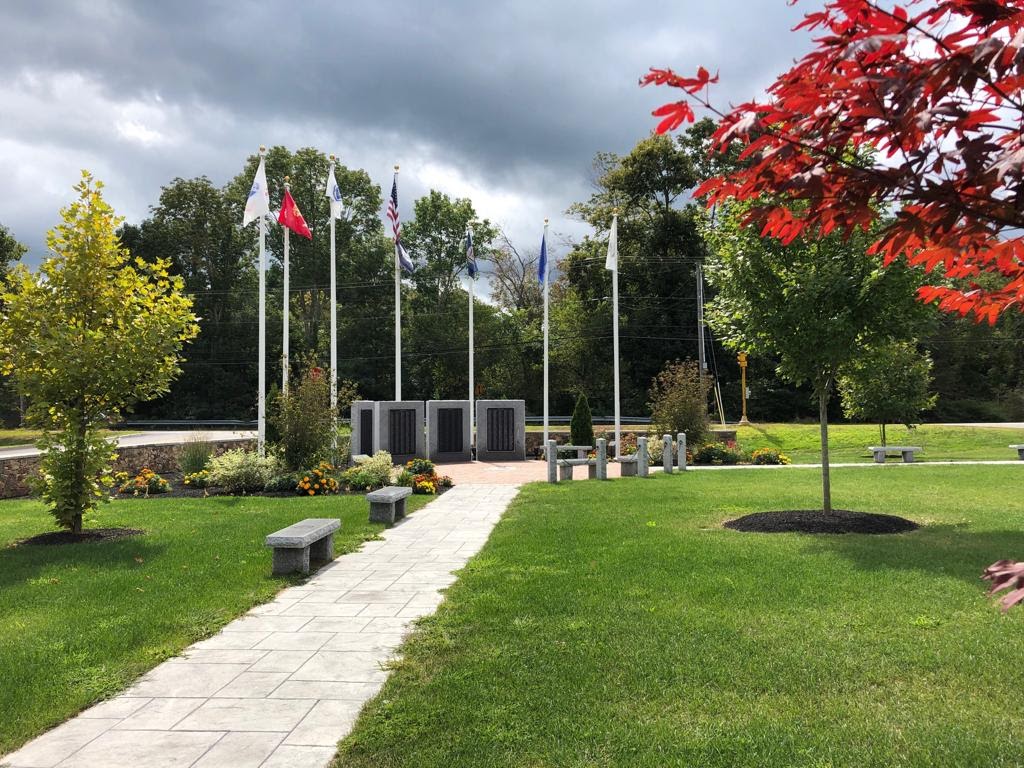 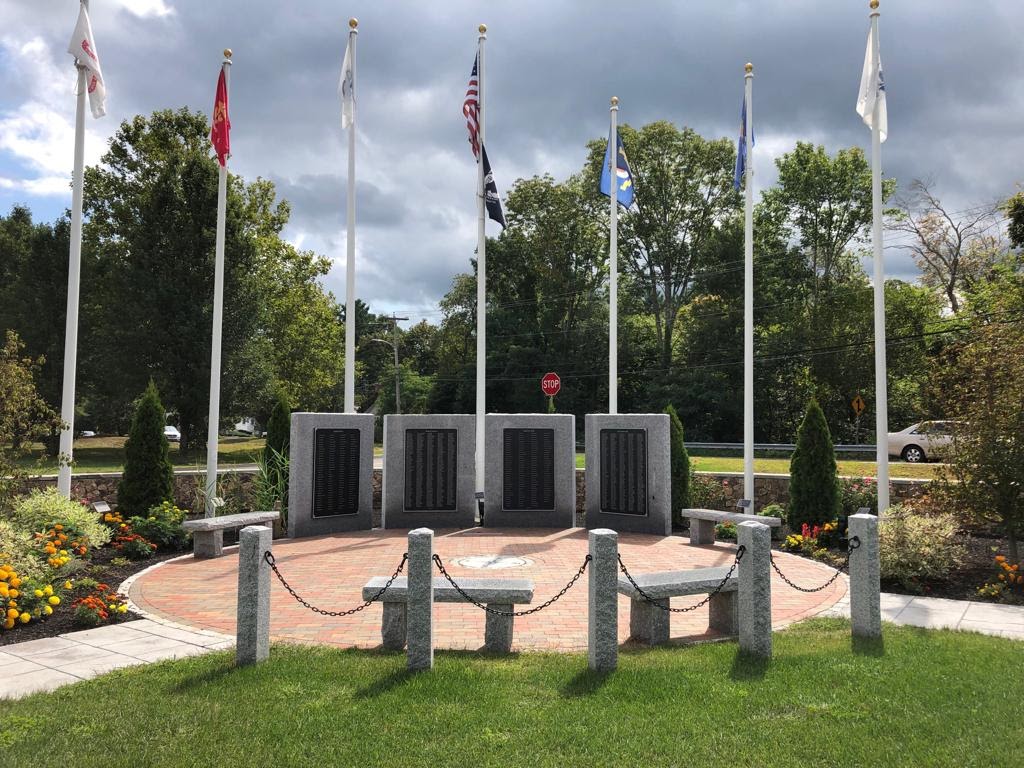 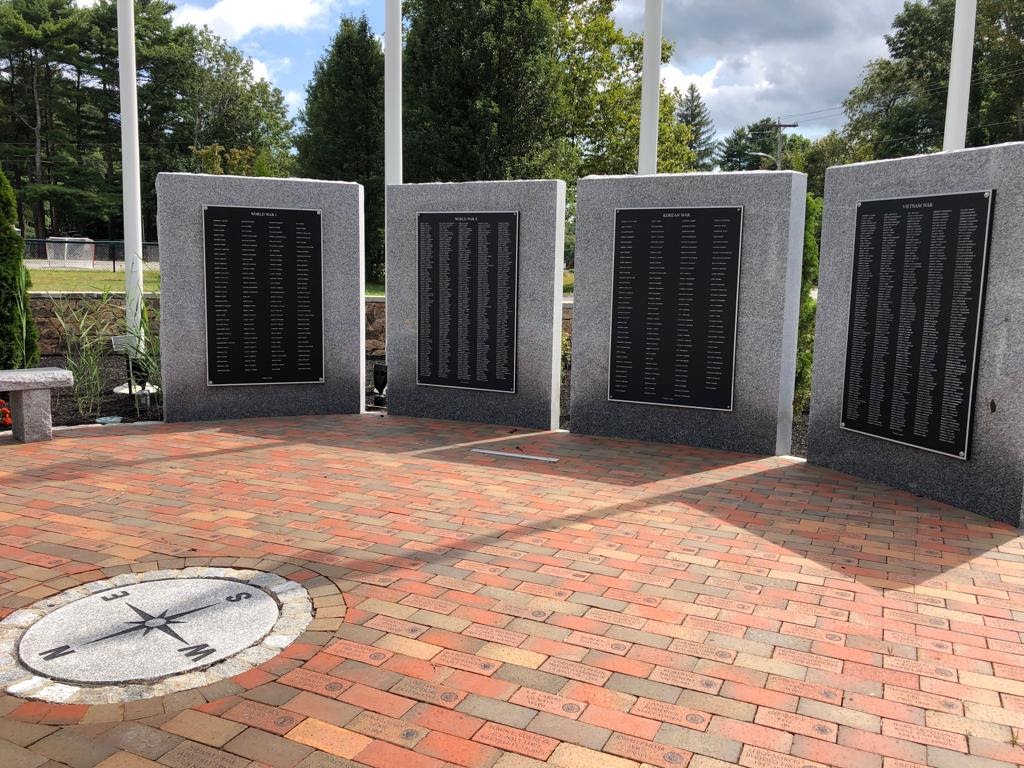 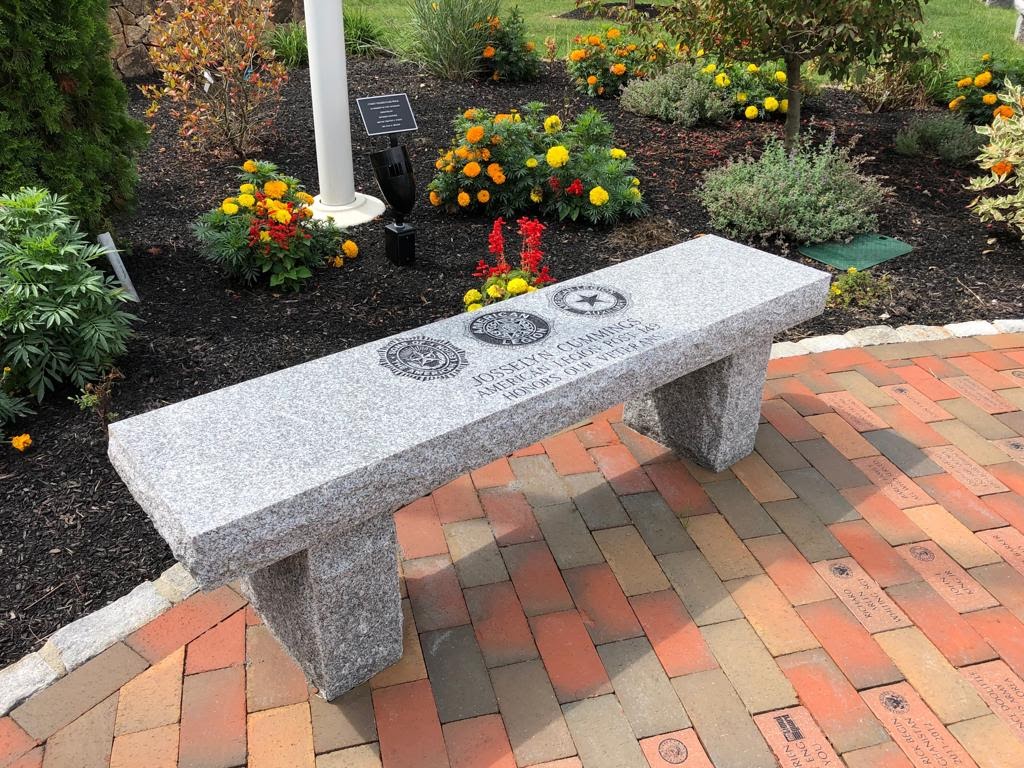 When Ray Miller, a 30-year Coast Guard veteran who helped the town’s veterans committee get the project off the ground, spoke at a town meeting about the planned memorial, he received a standing ovation.

The memorial is located next to a school playground and the walls are five-feet tall and 20-feet long with a pathway leading up to the site. The groundbreaking, which kicked off the Fourth of July weekend in 2017, was well-attended and included a number of veterans, according to Wickedlocal.com.

“This is great for the town,” said Assistant Town Manager Tony Marino at the ceremony.

A Stone as American as Apple Pie

According to Dyer, who’s worked with Swenson Granite Works for 13 years, Woodbury Gray™ granite is the most popular stone chosen by his customers. “It’s the classic gray granite that you see used for civic memorials throughout New England,” he said.

The stone is quarried in Woodbury, VT and is a salt and pepper, light gray granite with a medium tight grain and consistent color.

“When you choose this classic granite you know you’re getting something that’s going to hold up for a lifetime honoring those who served this country,” said Dyer.

Enduring memorials, civic spaces and important US monuments are Swenson Granite Works’ specialty. In house services include construction, fabrication assembly, carving, polishing, engraving, delivery and installation. Request a quote for your next project.