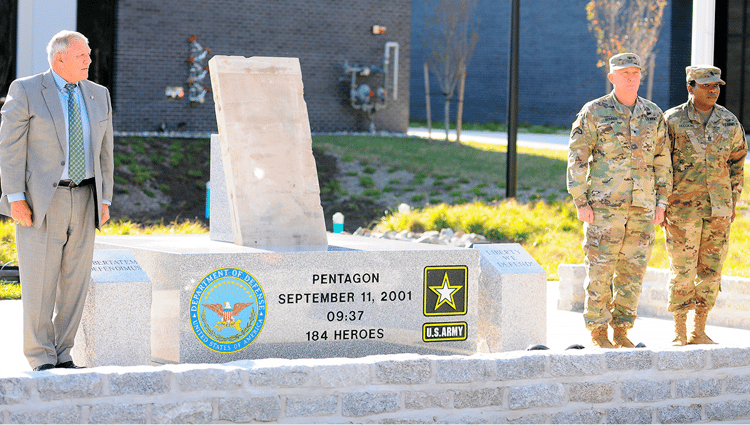 In a continued sign that those who lost their lives on 9/11 will never be forgotten, a memorial to those who were killed during the attack on the Pentagon was recently unveiled at Aberdeen Proving Ground in Maryland.

The memorial is in front of the new headquarters and reads, “PENTAGON … SEPTEMBER 11, 2001 … 09:37 … 184 HEROES.” The monument features a limestone slab from the original Pentagon building that survived the attack. WOODBURY GRAY® granite was used for the two outside, upright markers and the central block that the beam is resting on.

The memorialized limestone slab from the cladding of the Pentagon originated from Swenson's parent company, Polycor, at their Indiana limestone quarry in Bedford, Indiana.

When American Airlines Flight 77 crashed into the side of the Pentagon building on September 11, 2001, it caused a partial collapse of a section of the building and killed 189 people, including the five hijackers.

“I sent Proving Ground’s lead engineer a design of what I thought would be a good base and how it could support the limestone slab so it would be held securely in place and still be highly visible,” said John Doherty, Manager of the Swenson Granite Works Newtown, CT store. “He liked the design, presented it to the commander and after a few adjustments, it was approved.” 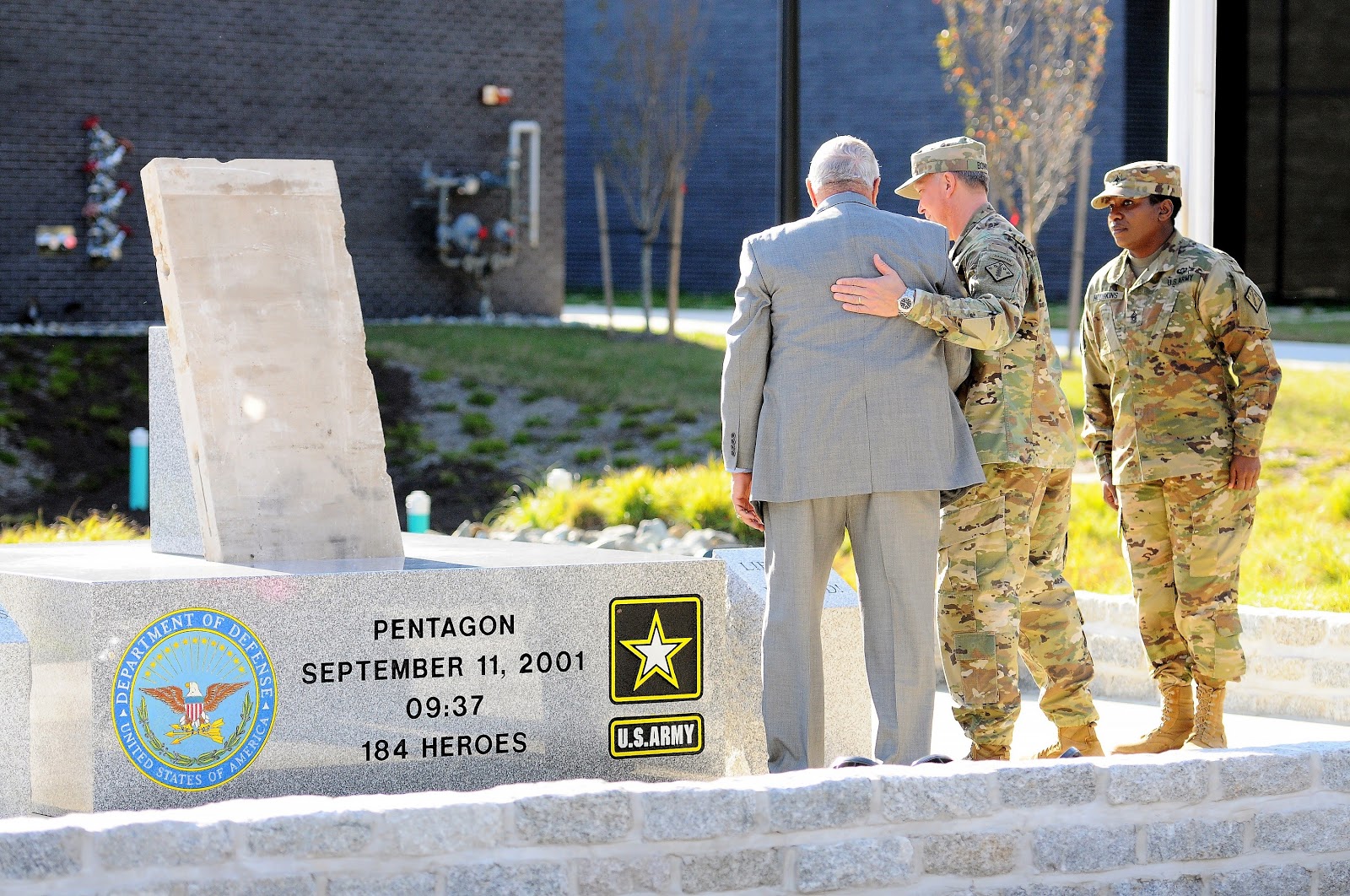 Doherty said the project was a “great team effort” between Swenson Granite Works and Rock of Ages as it had to be done within a short timeframe for the dedication ceremony and ribbon cutting for the new 20th Chemical, Biological, Radiological, Nuclear and Explosives Command (CBRNE) headquarters at the United States Army facility in Aberdeen, MD on October 18, 2019.

“We will see this every day and remember the fallen,” Brig. Gen. James E. Bonner, commander of the CBRNE, said during the dedication. “It represents a visual reminder for each of us upon why we serve.”

Swenson Granite Works has worked on a number of projects with the Aberdeen Proving Ground Base. Most of the previous projects have been for the Gold Star Family Memorial and have ranged from engraved names of fallen service members, benches, walkway lamp posts (engraved with a Gold Star) and a base for the Fallen Soldier Memorial. “It has truly been an honor to work on these projects,” said Doherty. And the fact that two American quarried stones have been joined together into one monument makes for an equally fitting tribute. 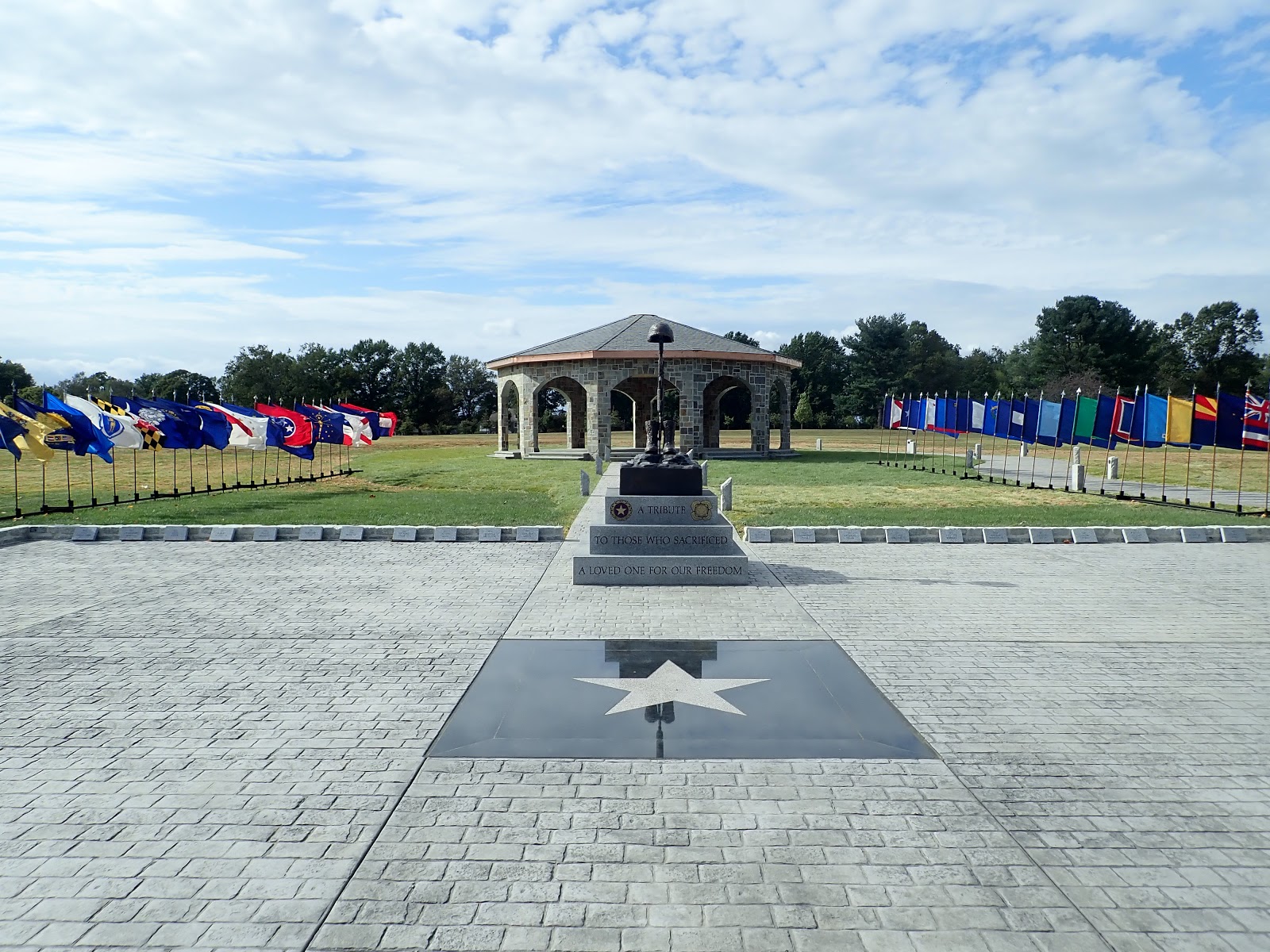 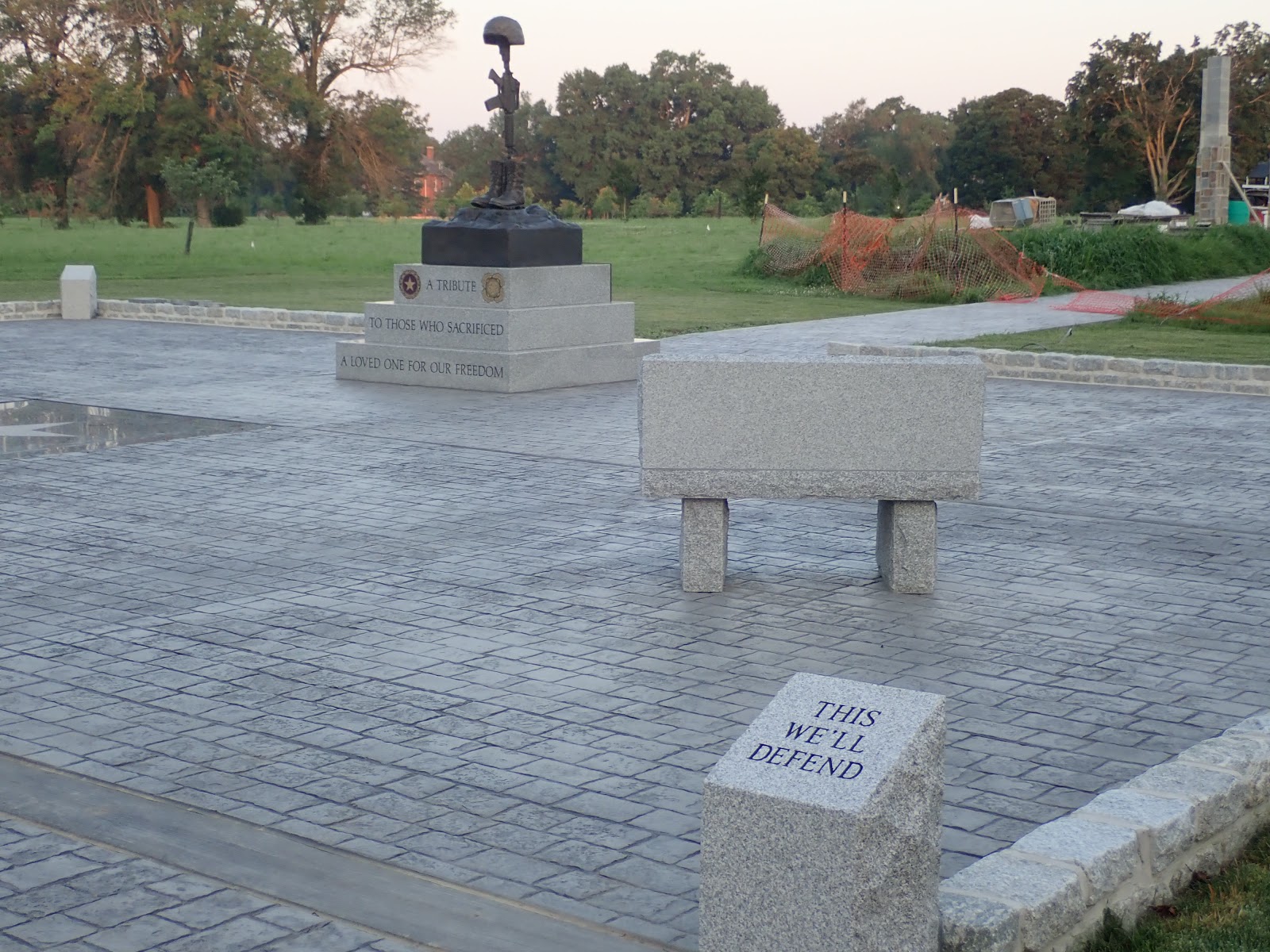 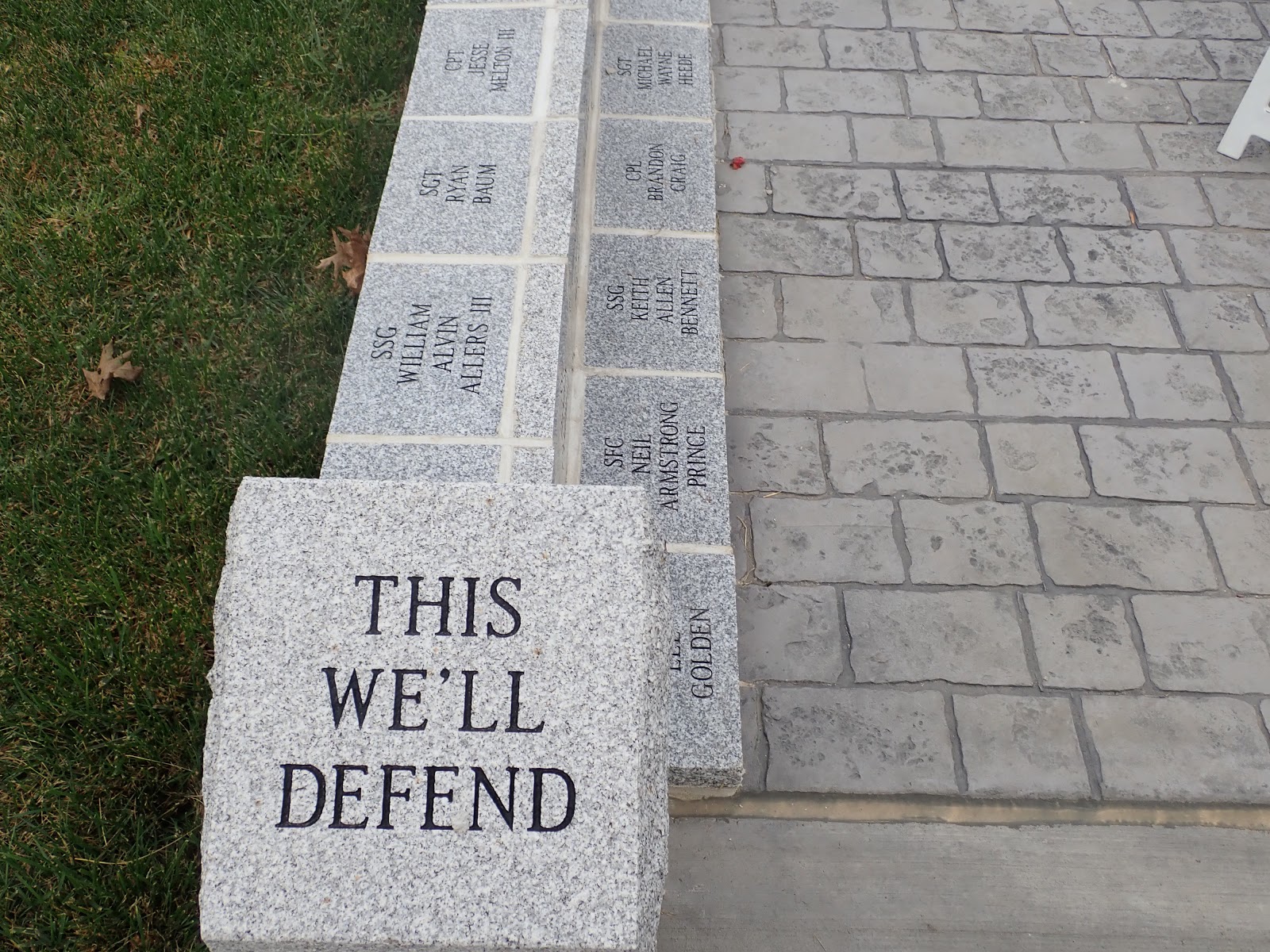 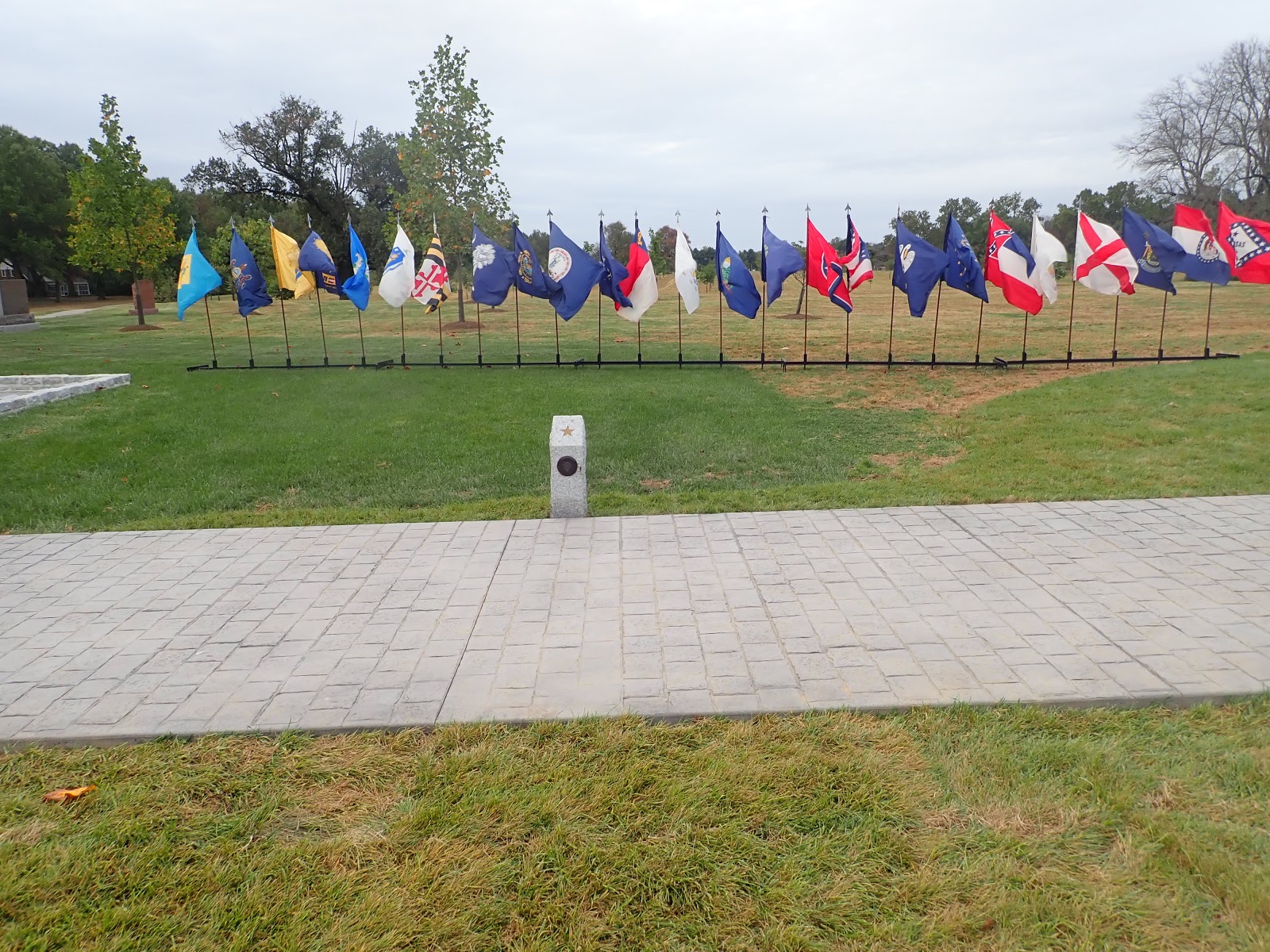 Swenson Granite Works replicated the Pentagon steps one year after the attack on 9/11. Read about the project here.

Enduring memorials, civic spaces and important US monuments are Swenson Granite Works’ specialty. In house services include construction, fabrication assembly, carving, polishing, engraving, delivery and installation. Request a quote for your next project.