New Hampshire: There’s a Reason Why They Call it the ‘Granite State’ 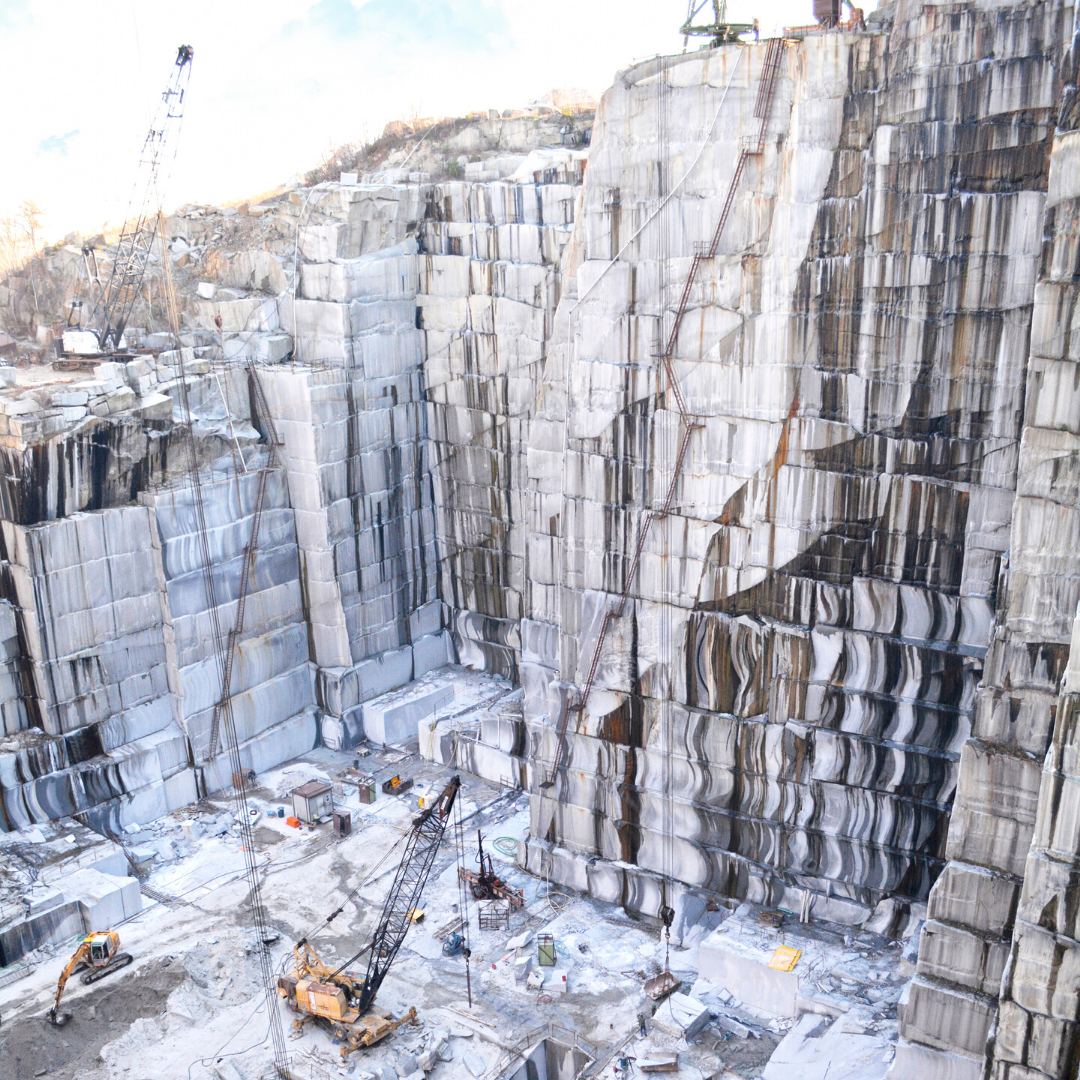 High above New Hampshire’s Merrimack River, deep in the core of Rattlesnake Hill, Swenson Granite Works has been quarrying historic CONCORD GRAY™ granite since 1883. Also known as Swenson Gray, the iconic stone has brought timeless style to buildings across the country for over a century and has been a part of the company’s heritage of stonework. While methods for cutting the rock have changed over time and many other quarries have come and gone, one thing remains the same: Concord Gray granite has stood the test of time.

Outcroppings of granite—flecked with mica, quartz, and feldspar—can be found jutting out of the ground throughout New Hampshire (it’s not called the Granite State for nothing). Throughout the 19th century, cutting that stone out of the earth had become one of the state’s biggest industries. At one time, there were dozens of quarries, who, along with 30 manufacturers, employed over 1,000 men. And all a stone’s throw from New Hampshire’s capital city.

But quarrying the stone was often difficult and dangerous. Up until the late 1800s, drilling was done by hand and workers were not required to wear hard hats, much less any other safety equipment. Stone workers had to travel deep into holes that could be hundreds of feet deep to split and haul blocks out of the pit. The size and quality of the blocks varied, due to the restrictions of available tools, and finding the right stone for specific projects was a huge challenge. 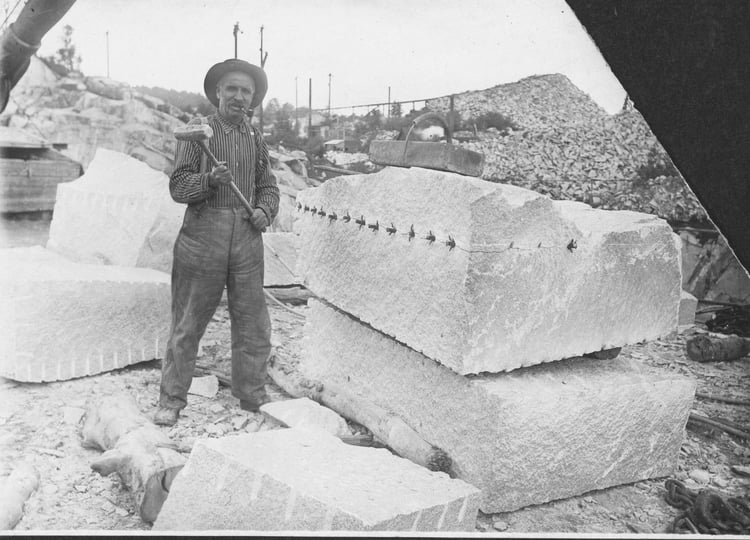 Becoming the King of Rattlesnake Hill

The Swenson Granite Company was founded in 1883 by John Swenson, who came to New Hampshire via Sweden, where he was born, and set about learning the trade of his adoptive home. On October 4, 1883, Swenson bought George Ballard's quarry operation on Rattlesnake Hill for $750. Soon, the company expanded by acquiring the Hollis Quarry, then the Railway Quarry, from which came better rock for both monumental and building purposes. More acquisitions followed, and today the company owns about 200 acres on the hill, which runs about three miles in length. The current 10-acre quarry hole extends 300 feet deep, where 400-ton walls are sawn with wire saws and tipped with air bags. Then, the 20-ton blocks are split away by drilling holes and driving wedges with a sledge before being lifted to the surface by huge cranes. It is by far the largest granite-cutting operation in New Hampshire.

Concord Gray granite makes its mark on the country

When the Library of Congress was built in the late 1800's, 300 men worked six years to split and finish the 350,000 cubic feet of granite needed to fulfill the contract. The granite was transported from Concord to Washington on 2,200 railway cars. It still stands as the most monumental structure ever erected of Concord Gray granite. Parts of the Washington Monument were also constructed with this timeless granite. Close to home, Concord Gray was chosen as the main material for the New Hampshire state house, New Hampshire Savings Bank, and Concord Public Library. The list of local buildings that have incorporated Concord Gray in their construction is too extensive to include here.

Swenson Granite was able to survive the Great Depression, while most of the other 44 granite companies in Concord were forced to shut down operations. By 1932, only two quarries remained on Rattlesnake Hill. In 1941, Swenson became the lone survivor. Traces of many of those smaller old quarries can still be found, if you know what you’re looking for. For four generations, the Swenson family grew their granite production business, and it all began with the Concord, New Hampshire quarry.

The time period from the end of the Great Depression until the early 1970’s saw a shift from producing massive 4-foot thick granite foundation walls to providing thin granite building cladding for many of the skyscrapers being constructed across the country. The Swenson company expanded its granite offerings to more than 18 colors in order to keep up with the latest building trend, including Canadian Black granite used on the 38-story CBS building on New York City’s Sixth Avenue, which was dubbed “The Black Rock.”

By the mid-1970's, with the increase in foreign competition, a soft building market, and a continued waning popularity of granite as a major structural component in buildings, Swenson bowed out of the production of building stone. Thankfully, With the development of the interstate highway system in the 1950's and 1960's, curbing became the leading product of the Swenson Company, and Concord Gray granite reclaimed its rightful place as the company’s main commodity. Though many things have changed since John Swenson signed that fateful contract in 1883, the legacy of Concord Gray granite lives on through the thousands of miles of curbing along the many New England roadways you likely travel on every day. 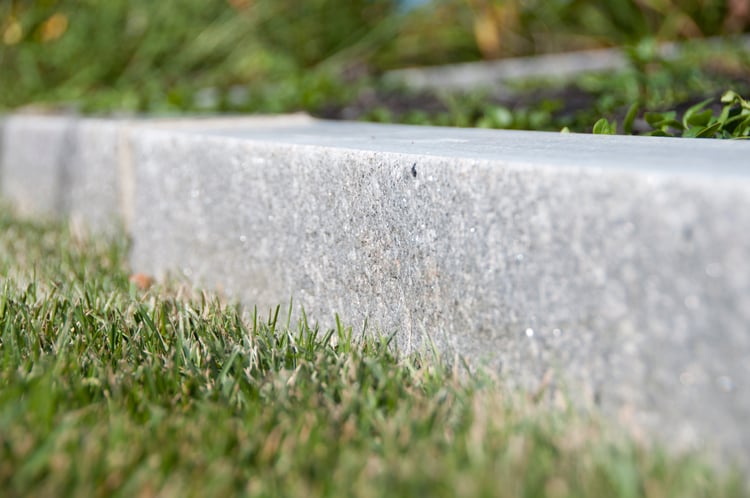 Today, Swenson Granite also quarries, produces, and stocks Woodbury Gray™ granite, recognizable by its distinct light gray, salt and pepper color. It is the mainstay at Swenson Granite Works’ nine convenient locations throughout New England, where customers can see and feel materials on display, such as granite steps, posts, treads, pavers, edging, curbing, coping, veneer, and ornamental products. And Swenson keeps these items in stock, ready for your next dream project. Knowledgeable in-store experts will guide you along every step of the way. Delivery and installation services are also available.