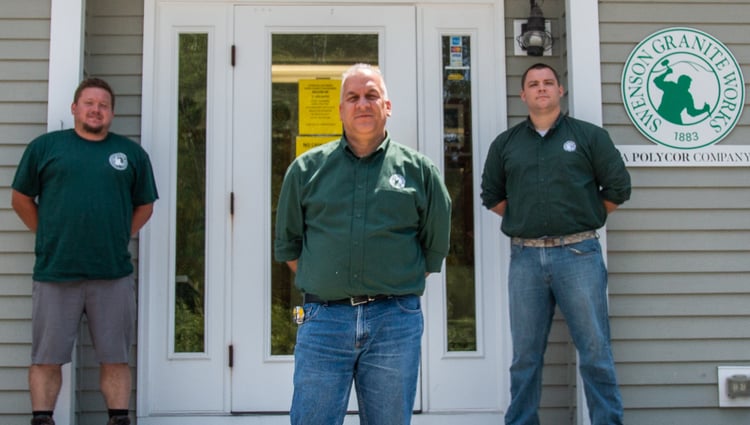 But regardless of whether your go-to local indulgence is a roast beef sandwich or a bar pie, or your Santa arrives by helicopter or a lobster boat each year, residents of both coastal communities can find common ground shopping at their local Swenson Granite Works stores for all their natural stone needs.

The Swenson Granite Works Rowley store, located along the North Shore’s Old Route 1, is sandwiched in between Ipswich and Newburyport and opened in 2003 to service the area’s surrounding small towns. Manager Matt Poirier has been with the store since 2015 and said that incorporating granite into the landscape gives any hardscape project a distinct New England feeling, which is in keeping with this stretch between Boston and New Hampshire. 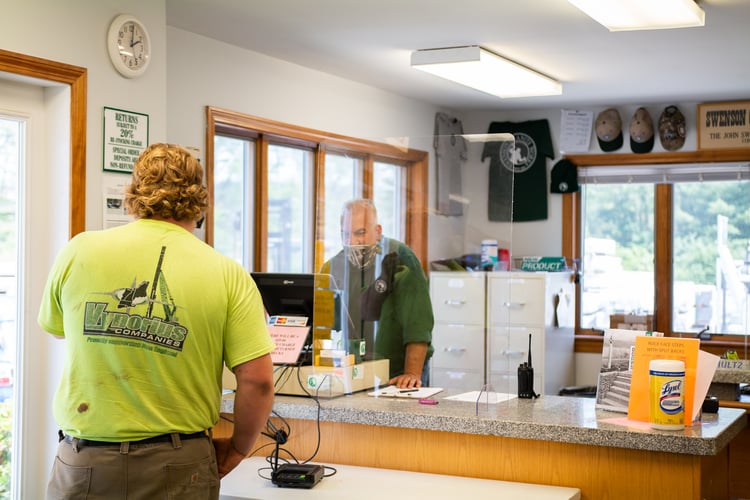 “People around here especially like that rough, rock face finish, which gives a rustic, old fashioned look,” said Poirier, pointing out that a split face finish imbues a more contemporary appearance. The North Shore is a cluster of quiet bedroom communities along a rocky shoreline that’s dotted with marshes and wetlands, which includes several beaches and natural harbors.

“Rowley is a small, close-knit town where everybody kind of knows everybody,” said Poirier, who lives in nearby Peabody. 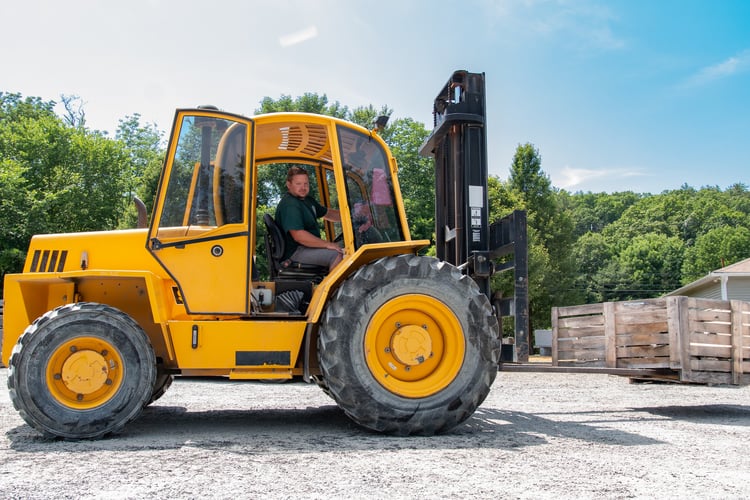 Ryan Gagnon operates a Selleck forklift to move a pallet of thin veneer. 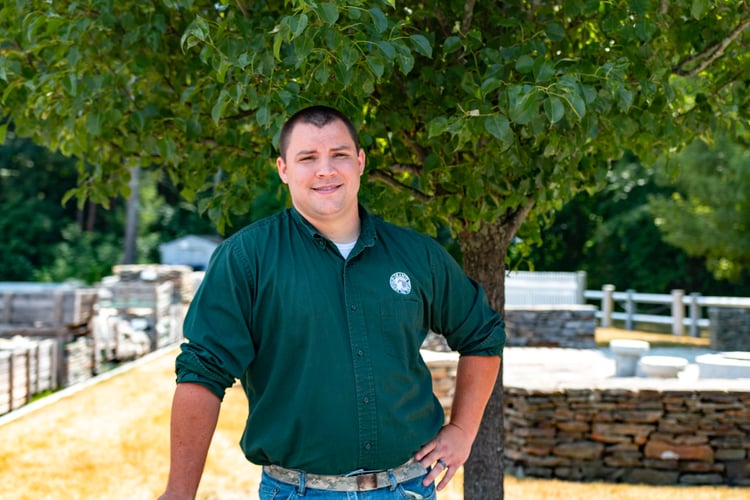 The Rowley team offers in-store experts, committed to providing the right products for their customers’ projects, as well as delivery and installation of steps and posts, said Poirier. “We offer several step and post installation guides as well as gravel and concrete pad preparation guides, and for the bigger jobs, point them in the direction of a number of local contractors who have experience working with Swenson products,” he said. 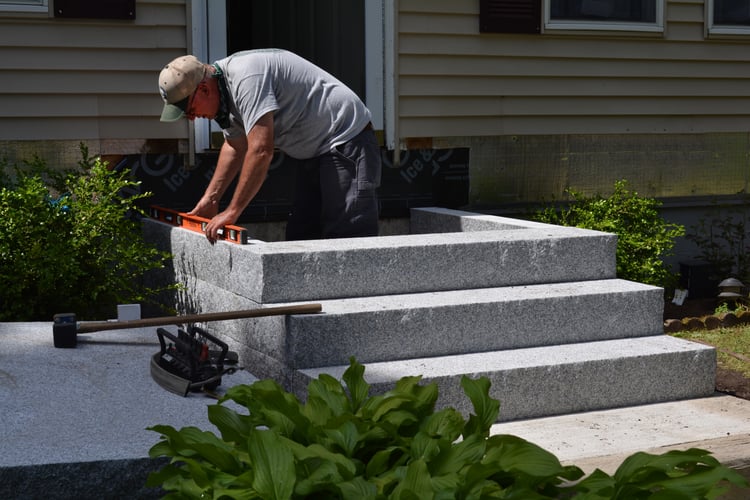 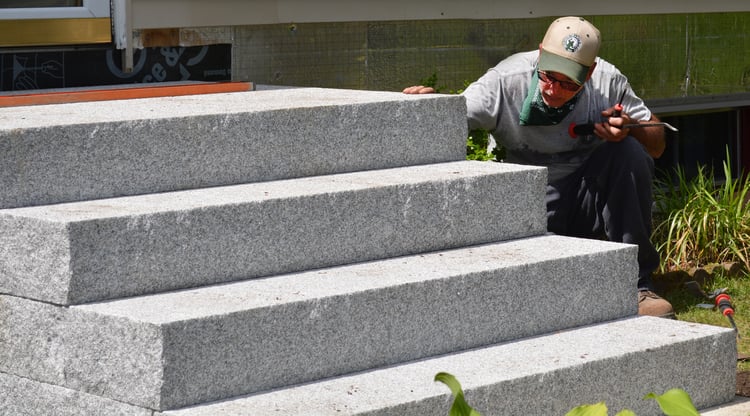 The Rowley store has participated in a number of projects that have helped to commemorate the North Shore’s coastal heritage and natural beauty. Swenson Granite Works created stone benches and posts for the nearby Salisbury Rail Trail, which is part of the North Shore’s Coastal Rail Network. The Tri-Community Greenway, a multi-use path through Stoneham, Woburn and Winchester, features granite posts, benches and (80) mile markers crafted by Swenson Granite Works.

When the town of Everett recently renovated three of its parks, the improvements included 6-foot granite medallions with the town’s seal and park name crafted by Swenson Granite Works. The town of Beverly also incorporated Swenson’s granite in recent improvements, using the stone as pavers and seating areas.

“Our customers are pleasantly surprised when they learn of our prices,” said Poirier. “There is a real misconception about the cost of natural stone. When you take that into consideration plus the long-term benefits versus a man-made product, it's a no-brainer." 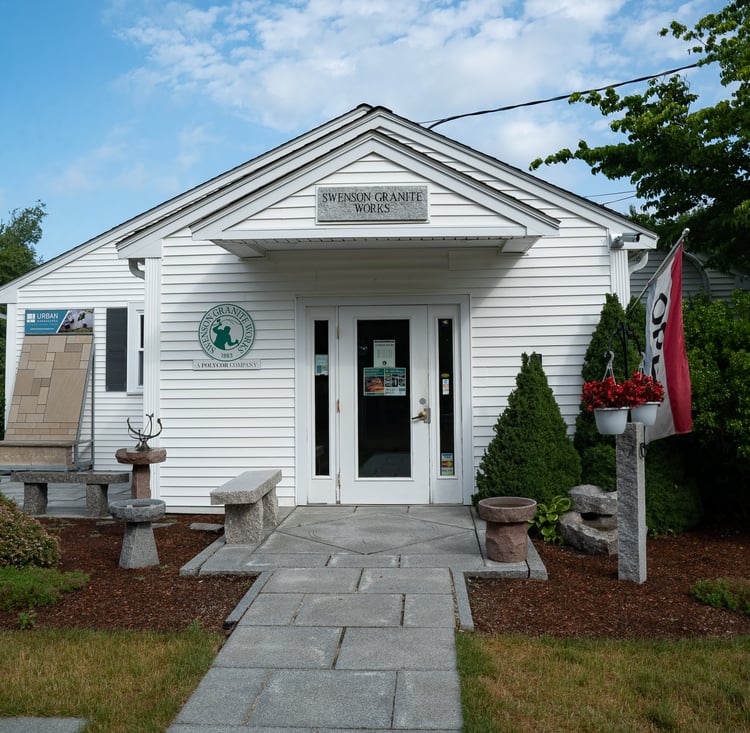 The team at the Swenson Granite Works Hanover store has been working together long enough that they’ve become a well-oiled machine, said store manager Paul Dyer, who’s been at the store in one capacity or another since 2008. The four-man crew consists of a yard foreman overseeing its stockyard, a driver manning its crane truck for installations, an assistant manager and Dyer, all adding up to a combined 30 years of experience at the Hanover store. 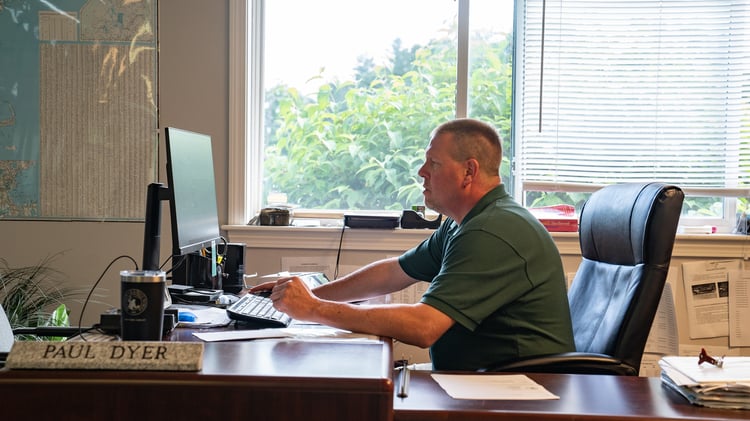 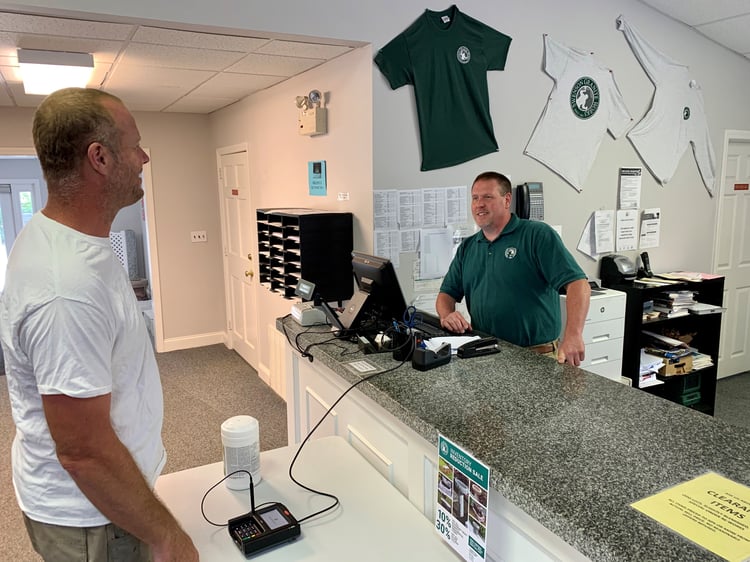 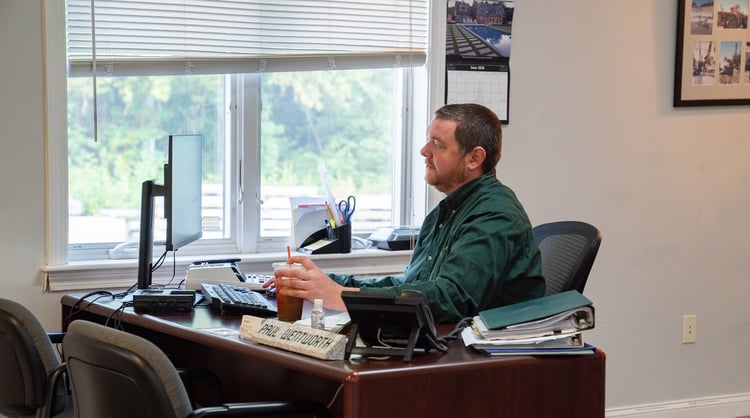 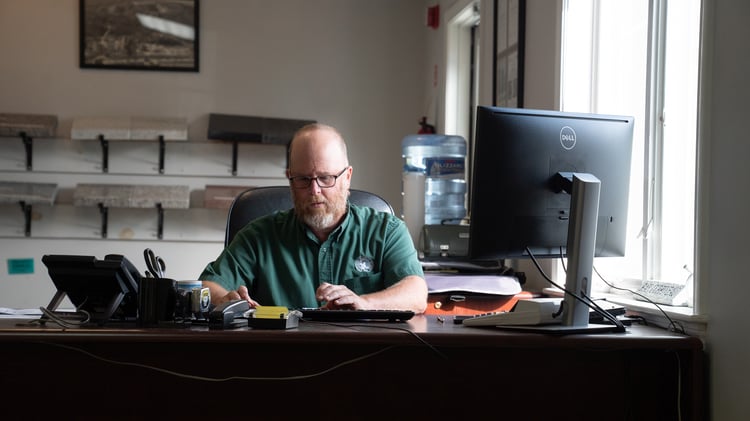 The store opened in May 2005 at a location on busy Route 53 in Boston’s South Shore along the coasts of Massachusetts Bay and Cape Cod Bay, which includes a wide array of homesites, ranging from clientele seeking patios with ocean views to your everyday customer seeking to upgrade their plastic mailbox post to a quality Woodbury Gray granite mailbox post.

Just like customers in the North Shore, visitors to the Hanover store are often surprised at the affordability of products, especially granite steps that will last far longer than those made from brick or concrete products. “Considering its value, it’s a heck of a bang for your buck,” Dyer said.

DOWNLOAD THE GUIDE TO USING STEPS & TREADS FOR RESIDENTIAL PROJECTS 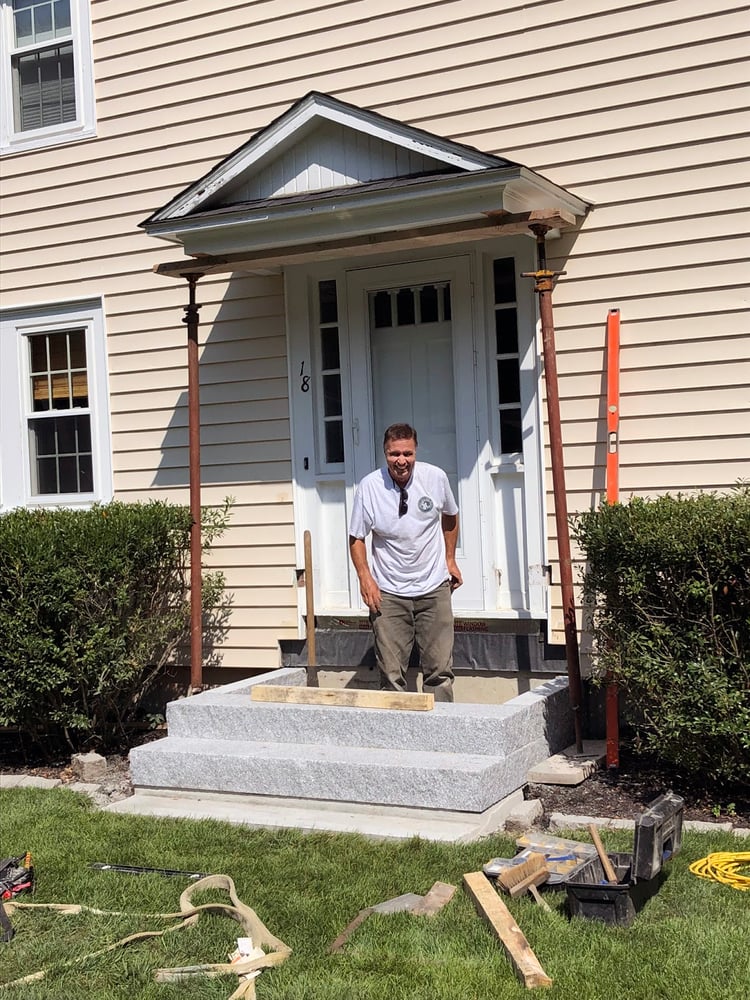 Susceptible to harsh winter weather and exposure to the salty air, South Shore hardscape projects benefit from products that can stand up to the harshest of elements. Granite pavers can be a little more expensive than cement products, said Dyer, but there’s value in the extra money that you might spend because the man-made products break down over time, “especially in this area.”

“With granite, you’ll never have to do it again,” he added. 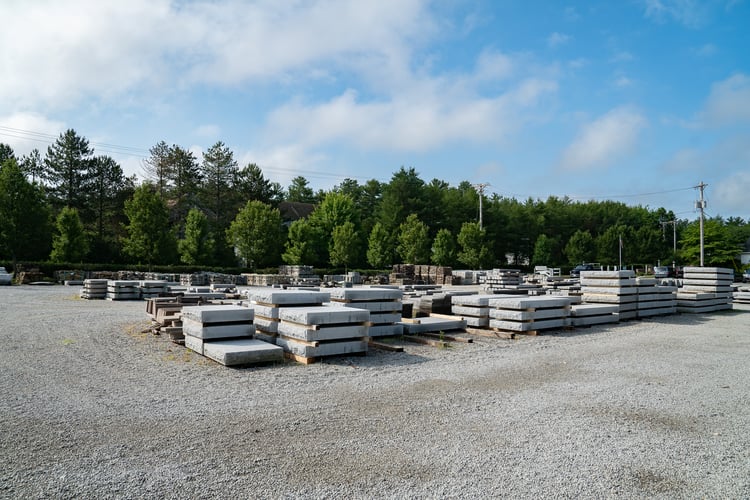 Much like its sister store to the north, the Hanover store has also worked on a number of civic projects over the years. According to Dyer, Swenson Granite Works helped fabricate war memorials for the towns of Rockland and Hanover, as well as stone benches for some local schools. 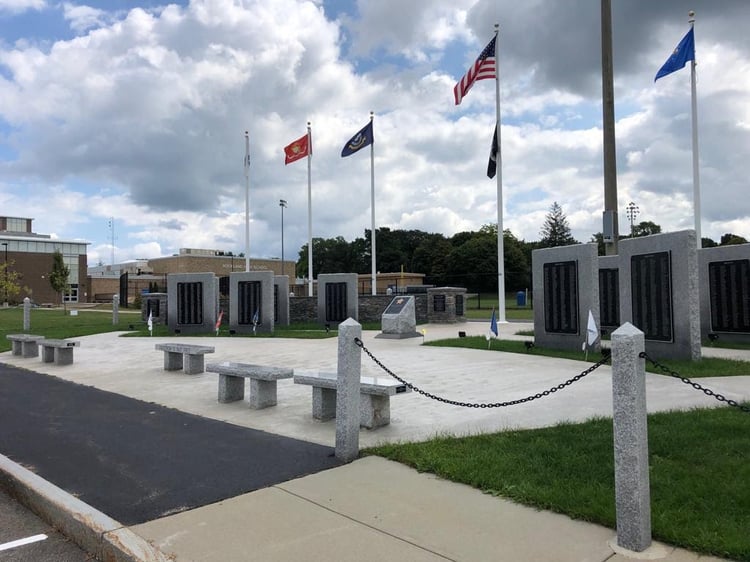 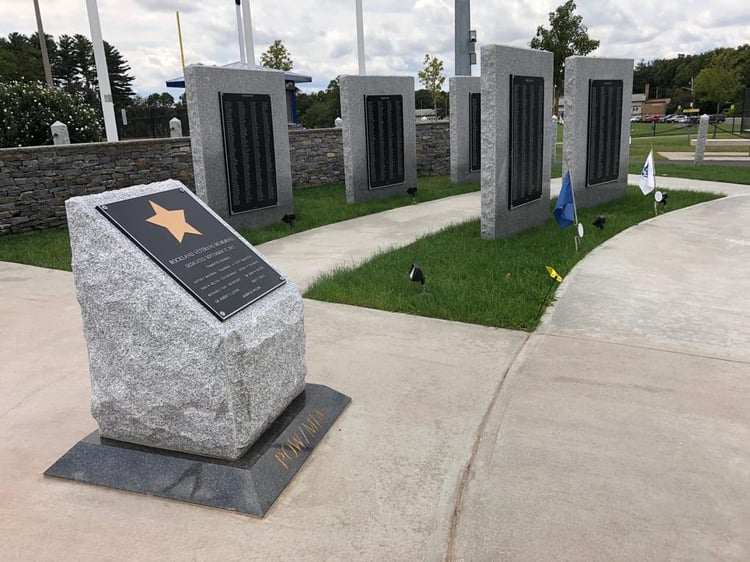 The Rockland Veterans Memorial in Rockland, MA pays tribute to servicemen and women who were residents at the time they entered active duty and were honorably discharged. The memorial lists the names of all Rockland veterans from the Spanish-American War through the present. 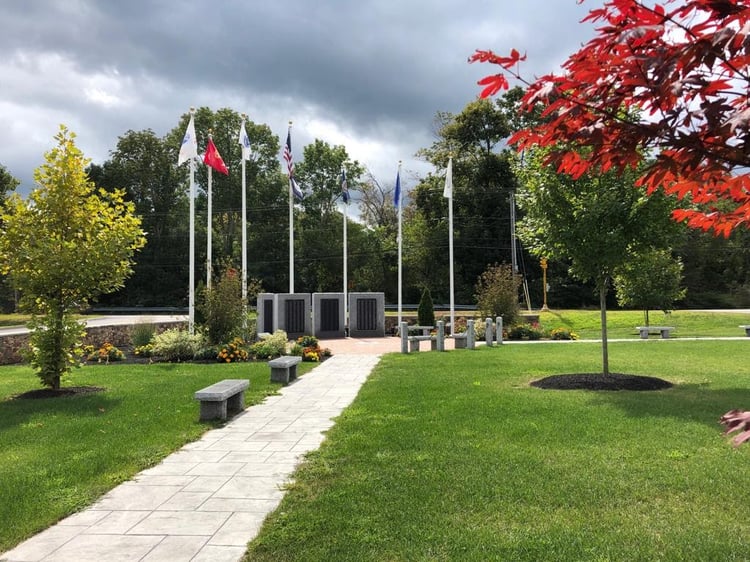 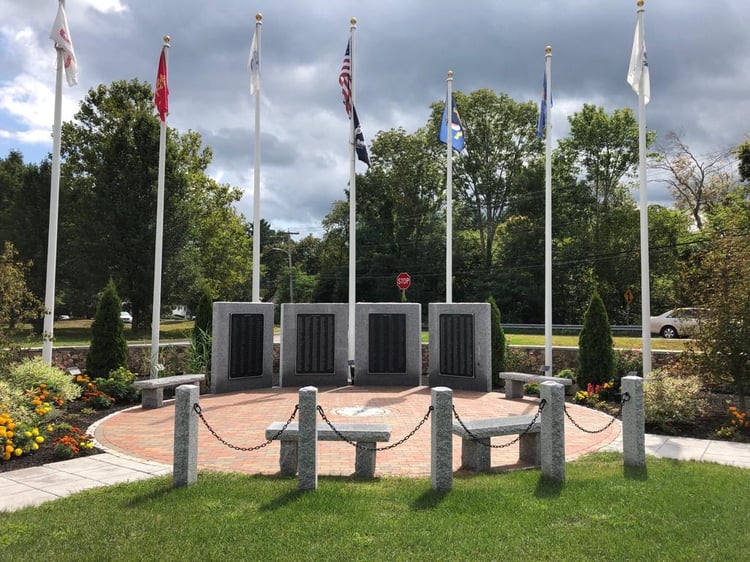 It seems the matter of Boston’s North Shore versus the South Shore might never be settled: we’ll never know definitively whether Nahant Beach is a superior stretch of sand to Nantasket to the south or if a pizza bests a roast beef three-way. But one thing is for sure — folks from either territory can rely on their Swenson Granite Works stores for courteous service, expertise and dedication to getting the job done right.

Whenever you are ready to start thinking about your next project, the teams at Swenson Granite Works’ Rowley and Hanover stores are here to help. Download the Price Guide to get the details on posts, steps, coping, walkways, curbing, patios, benches, fire pits and more.