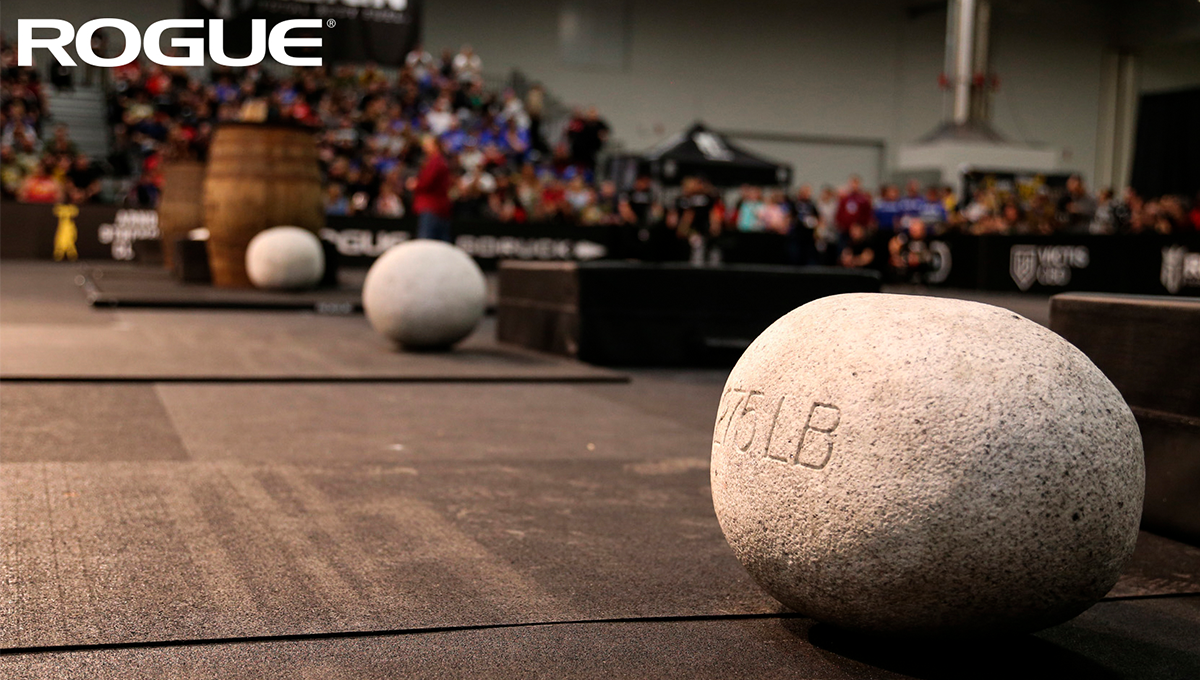 How do you prove just who is the world’s strongest man?

Some of the strongest men from around the world hoisted massive granite stones weighing hundreds of pounds at this year’s Arnold Strongman Classic, in a “Trial By Stone” medley that pitted the strongmen against the strongest stone in the world.

The five round lifting stones, weighing between 275 and 420 pounds, were fabricated by Swenson Granite Works from BETHEL WHITE® granite, of which four were used in the annual competition held in Columbus, Ohio and featuring strength athletes from all over the world. 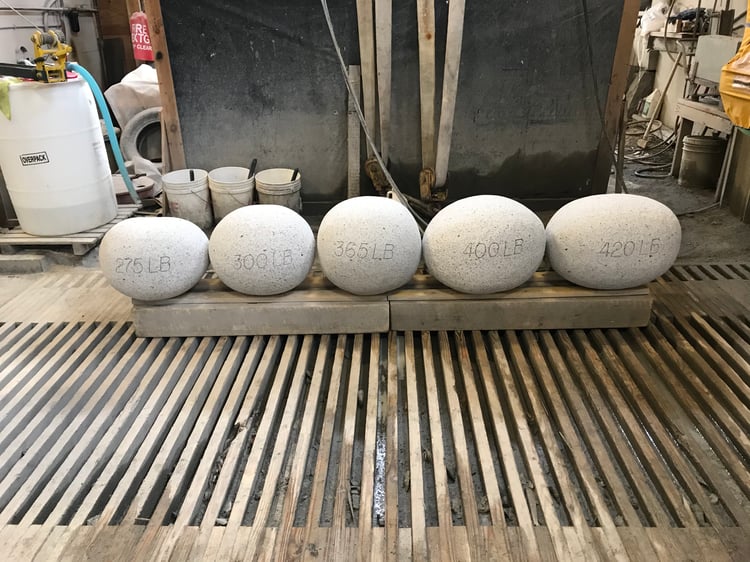 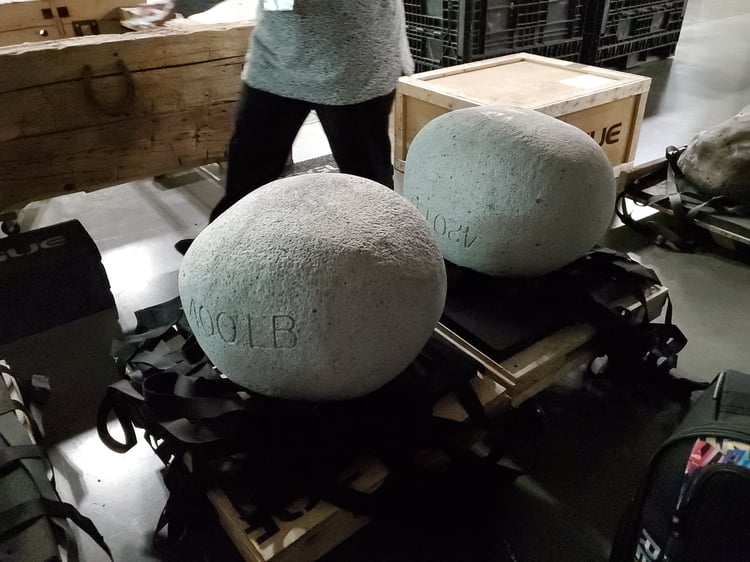 “It’s pretty exceptional to provide something that’s going to be used by the most elite athletes in the world and strongest men alive,” said Scott Herrick, Executive Vice President of Swenson Granite Works, who traveled to Columbus, Ohio, in March to watch the 10 athletes compete in the event. 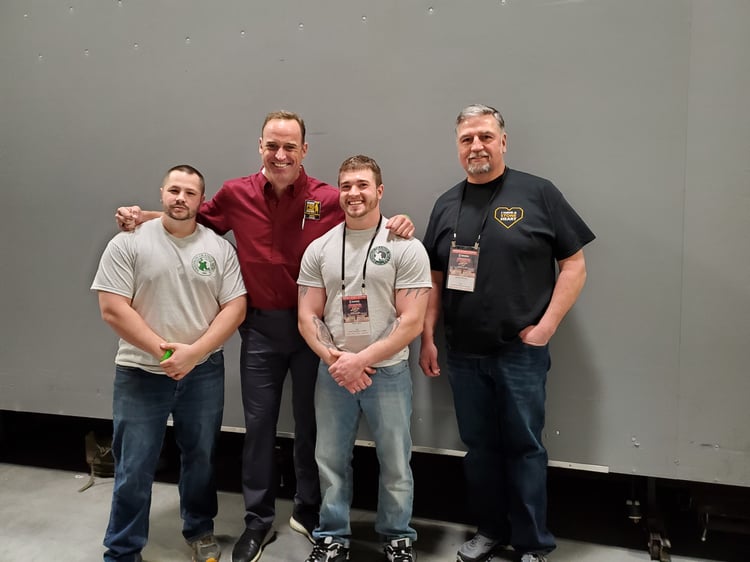 The Swenson Granite Works team, including Tayler Gerrish and Dustin Scott from the manufacturing facility and Scott Herrick, Executive Vice President took a moment to grab a photo with Matt Iseman, host of American Ninja Warrior and MC of the Arnold Strongman competition.

Fashioned after the Scottish Inver stone, an ancient natural stone that has challenged men for centuries, the Swenson stones were crafted from a 20-ton granite block quarried in Bethel, Vermont and fabricated using “lots and lots of handwork,” said Herrick.

Swenson’s stonecutters began using a combination of hammers, chisels, saws and grinders to shape the stones, being mindful of the weight for each stone — a critical component for the competition. 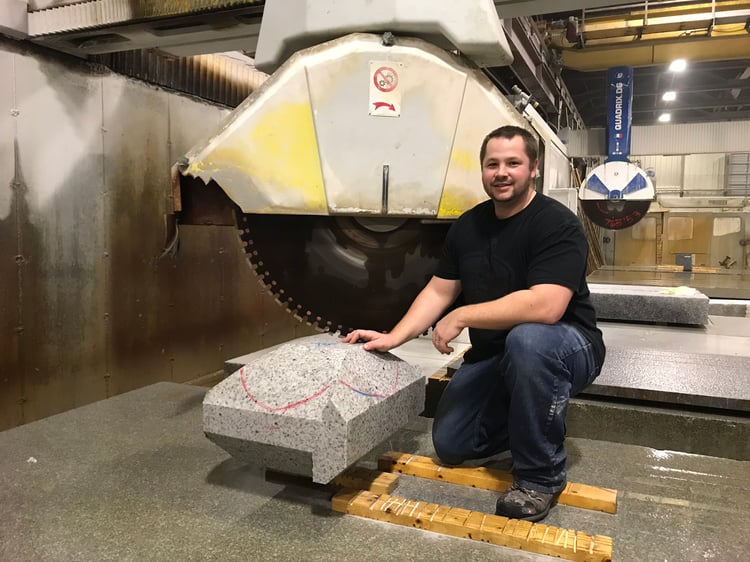 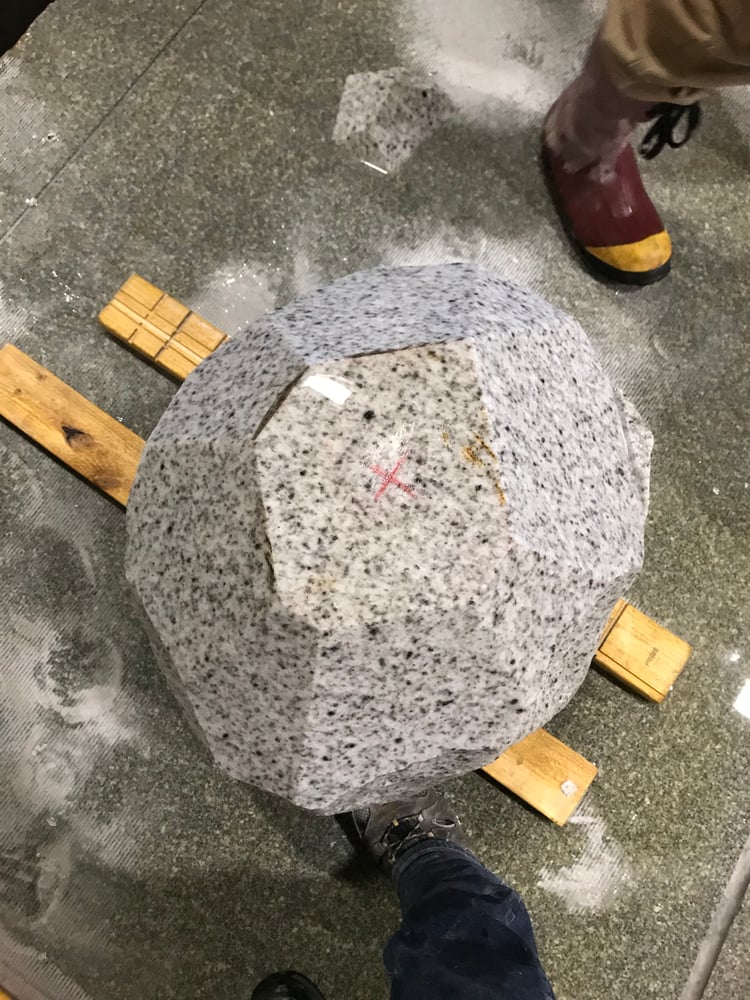 Finally, the rounded boulders were sandblasted to texture the surfaces to allow the strongmen a better grip.

“It really is old school,” said Herrick of the fabrication process that produced the boulders. 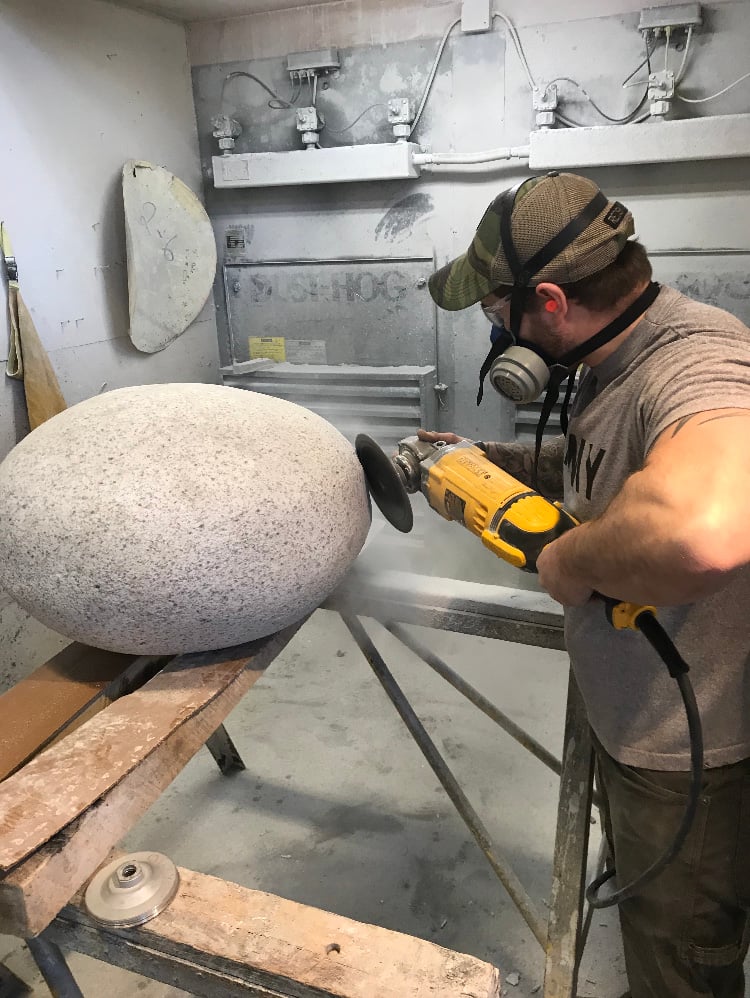 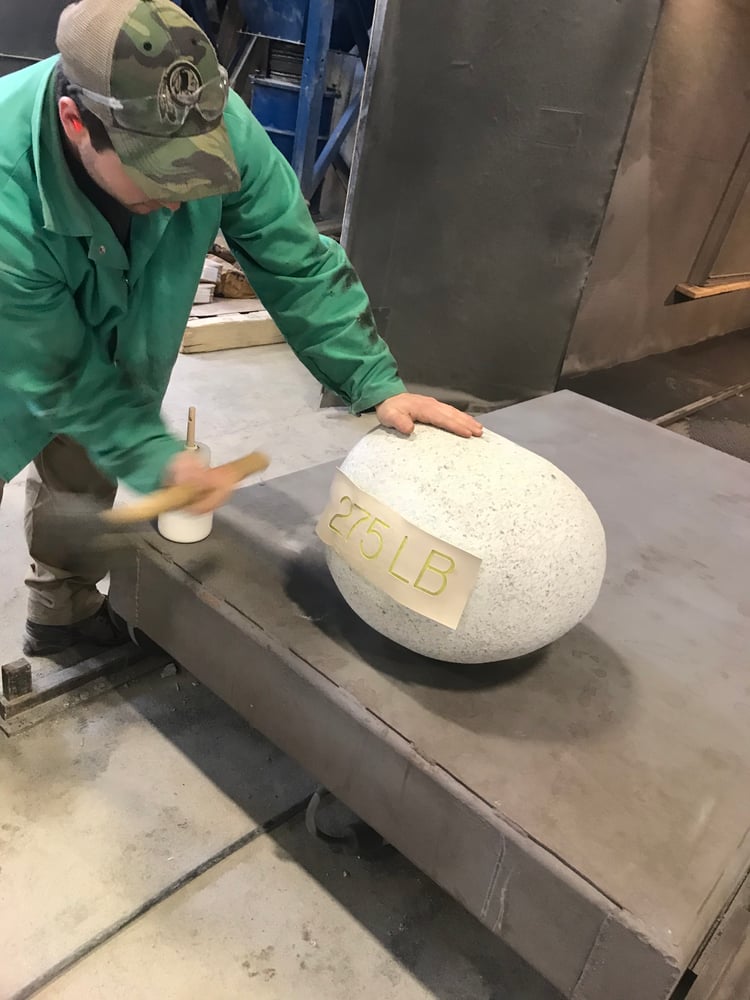 The winner of the Arnold Strongman for the third year in a row was Iceland’s Hafthor Bjornsson, otherwise known as “The Mountain” from HBO’s Game of Thrones. The 425 lb, six-foot, nine-inch giant competed in the classic for the tenth straight year and won the title in 2019 and 2018 after finishing second in 2017 and fifth in 2016. For the victory, Bjornsson received congratulations from competition founder Arnold Schwarzenegger along with a check for $72,000 and the Louis Cyr Trophy.

Herrick at six foot three, and 240 lbs, said he’s had the opportunity to meet Bjornsson a few times and the strongman towers over him. “He makes me look like a little guy,” said Herrick.

While Bjornsson was crowned champion of the overall competition, he came in second to Poland’s Mateusz Kieliszkowski in the Trial by Stone medley. The event was broken into three challenges for moving the five stones based on both time and completion. First, two stones weighing 275 and 300 pounds respectively were pressed overhead. 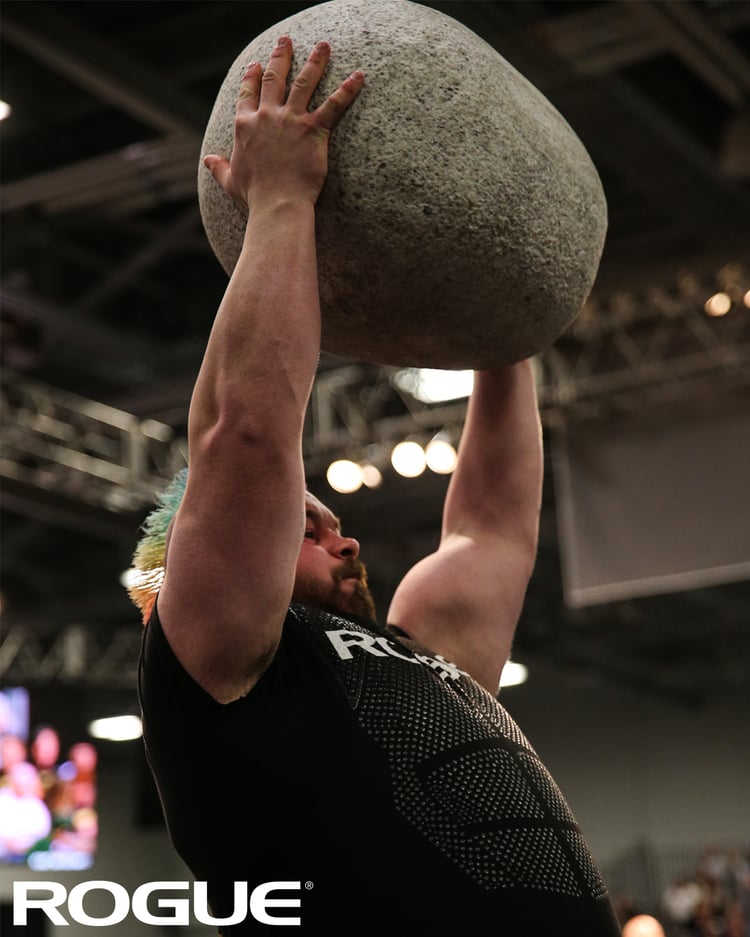 Next, another two stones — clocking in at 365 and 400 pounds — were hoisted onto a barrel. 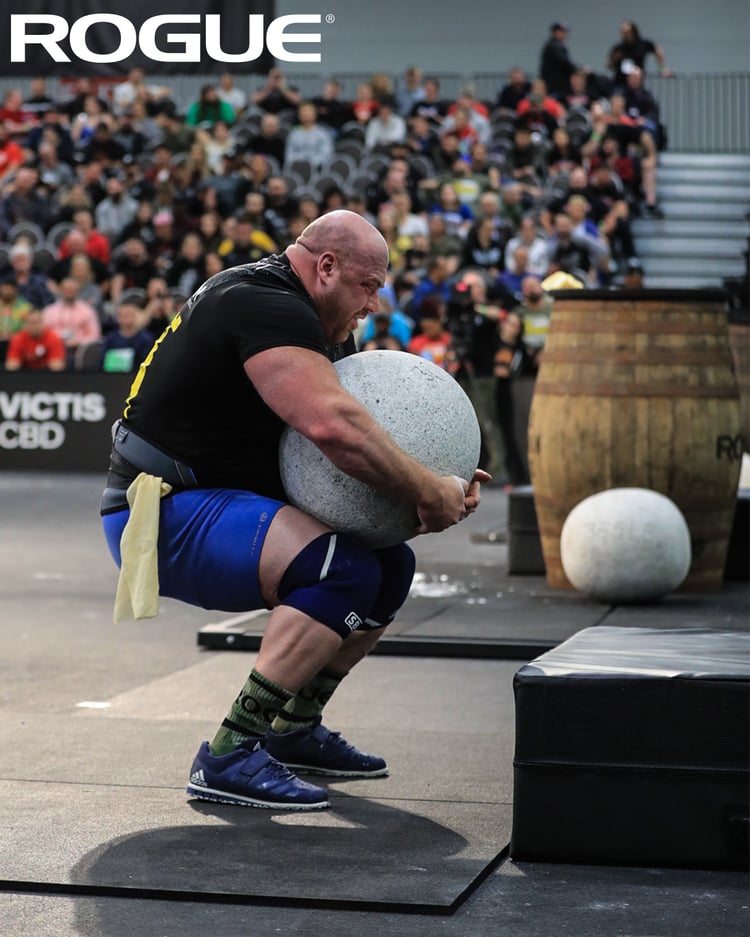 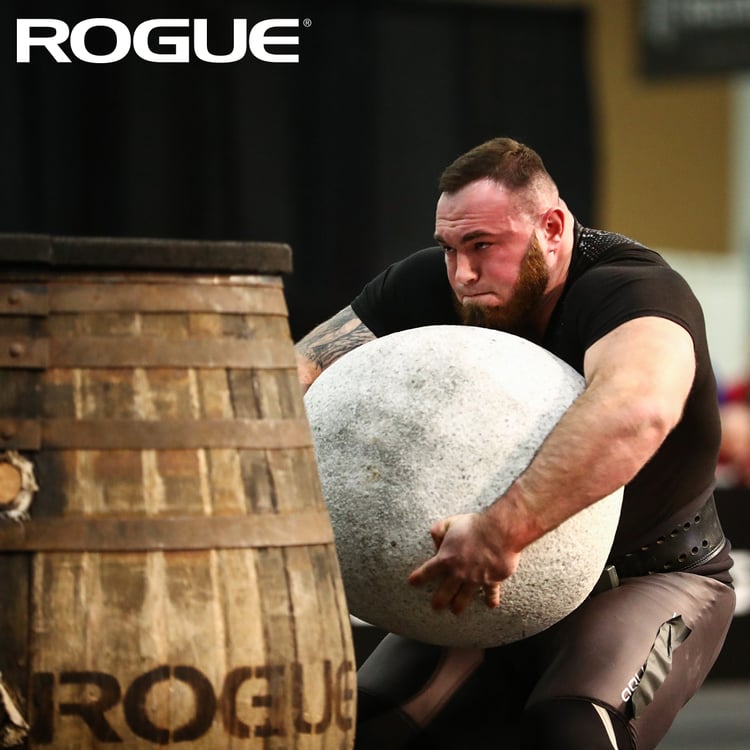 Finally, a 409 pound ancient Husafell Stone, from Iceland, was lifted and carried 50 feet. Swenson Granite Works did not produce this stone.

Swenson Granite Works stone is no stranger to strongman competitions, said Herrick. Granite cut from its quarries has also been featured in events at the annual New Hampshire Highland Games & Festival. 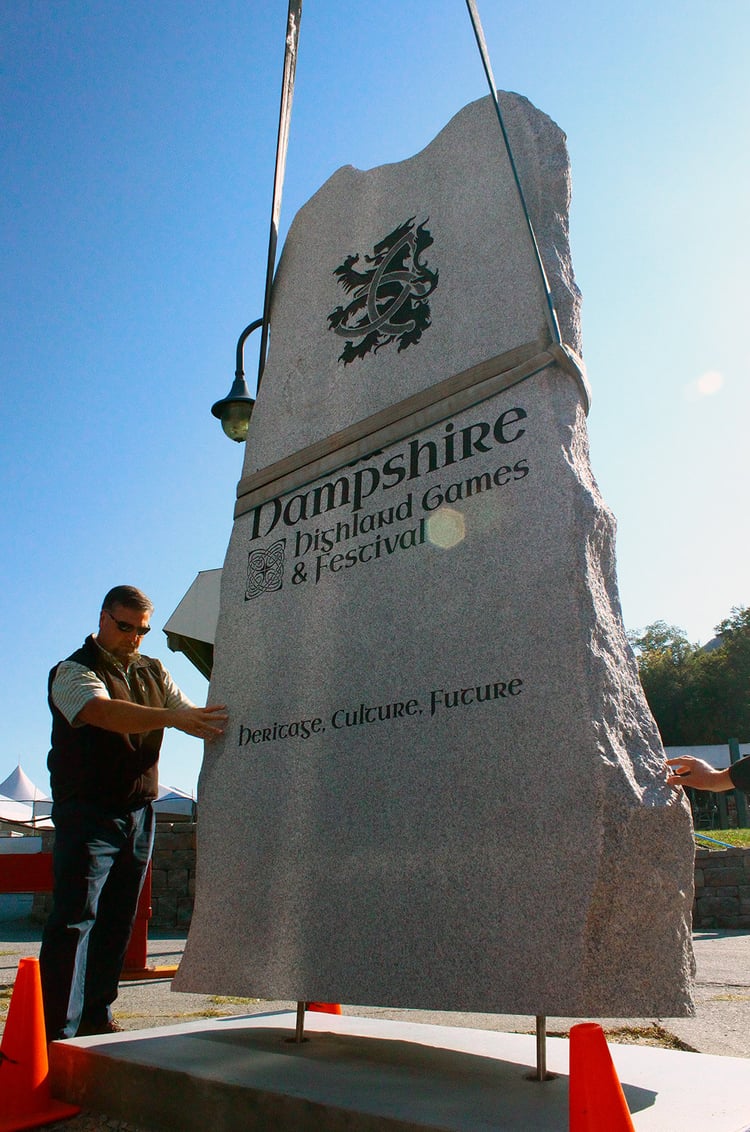 A slab from Swenson Granite Works also stands at the entrance to the festival to welcome visitors to the three-day event that’s one of the largest and most diverse Highland Games held in the United States.

Swenson Granite Works quarry’s, manufactures granite and stone products for both landscaping and building. Specializing in both large and small projects, for residential and commercial applications. Request a quote for your next project.